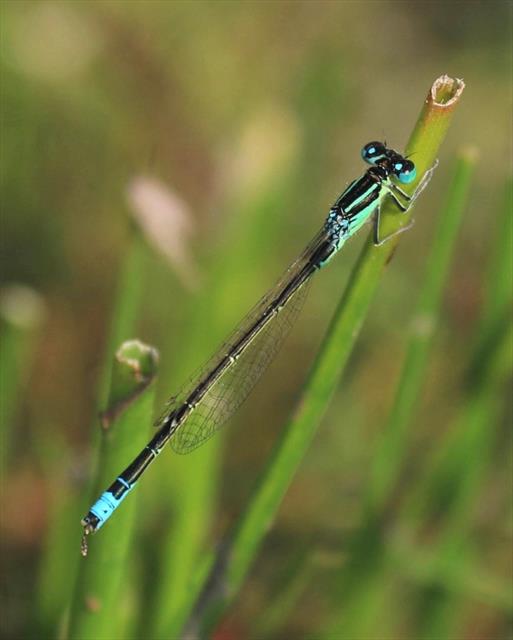 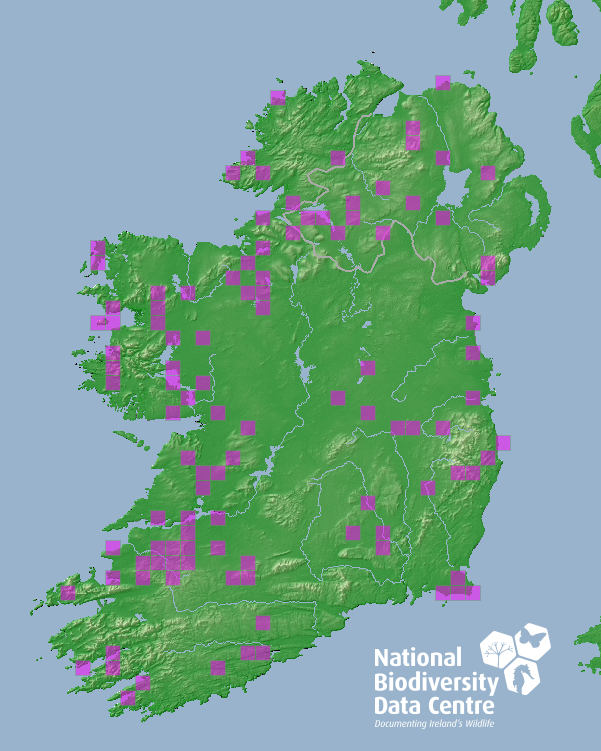 The data shows that this is a declining species of odonate with a 25% decline in the number of occupied hectads and Area of Occupation. This decline has happened in a period of increased survey coverage and it is considered that the actual decline is more than that measured.

Both sexes have a two-toned wing spot and a bronze-black dorsal surface of the abdomen with green/blue sides and a yellow underside. The thorax of adult males is pale blue on top and green on the bottom. The rear of segment 8 and all of segment 9 of the abdomen is blue except for two small black dots on segment 9.

Immature females have a bright orange colour but become a greenish-brown when they mature, their thorax turns an apple-green colour.

Found mainly in seepages and flushes in heaths and bogs, in quarries, dune slacks, and shores of large lakes. Prefers slow-moving or still waters. Habitats usually lack an abundance of vegetation, but emergent, soft-stemmed plants are need when females laying their eggs.

May to August (occasionally September)

Found mainly along the west and towards the north, from Co. Kerry to Donegal. Rarely seen due to its specific and endangered habitat.