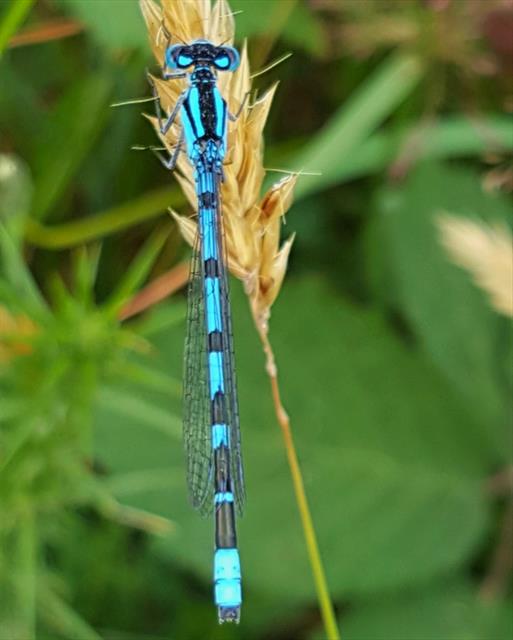 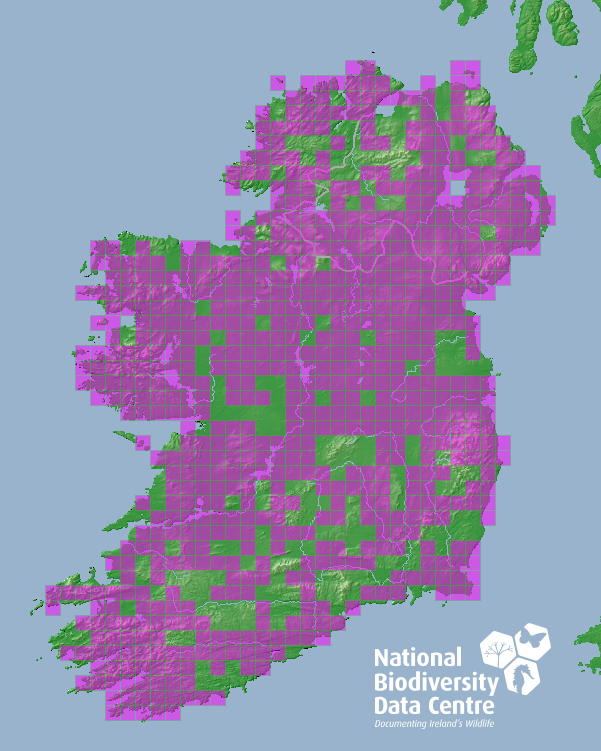 Both sexes have broad, pale antehumeral stripes but lacks black "spur" on side of thorax. Males have a slightly paler shade of blue than other Coenagrion species. They have a club-shaped marking on segment two and a series of black bands along the abdomen. Males can be easily distinguished from females by the two solid blue segments (8 and 9) near the tip of the abdomen. Immature males are a distinctive pale lilac colour.

Females can be green, brown or blue and have black “rocket/torpedo-shaped” markings along the abdomen. They both have clear wing with black veins and a black dot near the tip of the wing.

Breed in a range of freshwater habitats. Slow-flowing rivers and canals, still water such as big to small lakes, reservoirs, large ponds. Prefers an open water habitat. Seen at a higher altitude than other damselflies e.g. lakes 200m above sea level. Rarely seen at small ponds and narrow ditches. Can be seen away from breeding sites in grassland or woodland areas.

May to September (occasionally April and/or October)

Very common all throughout Ireland. Quite numerous in some areas and usually the dominant species on open lakes. The most widespread species in Ireland.