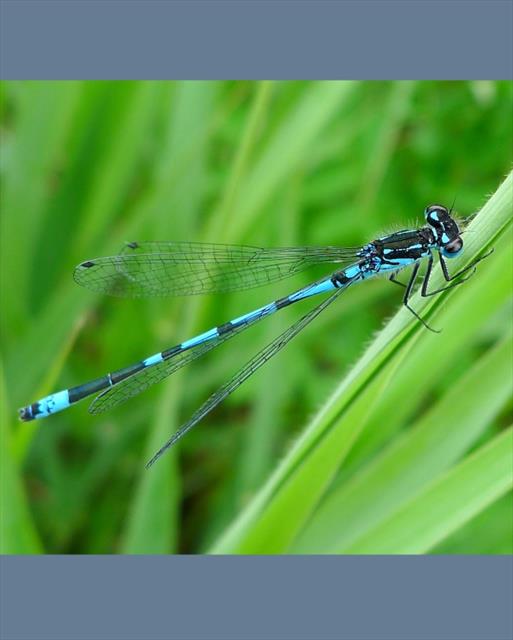 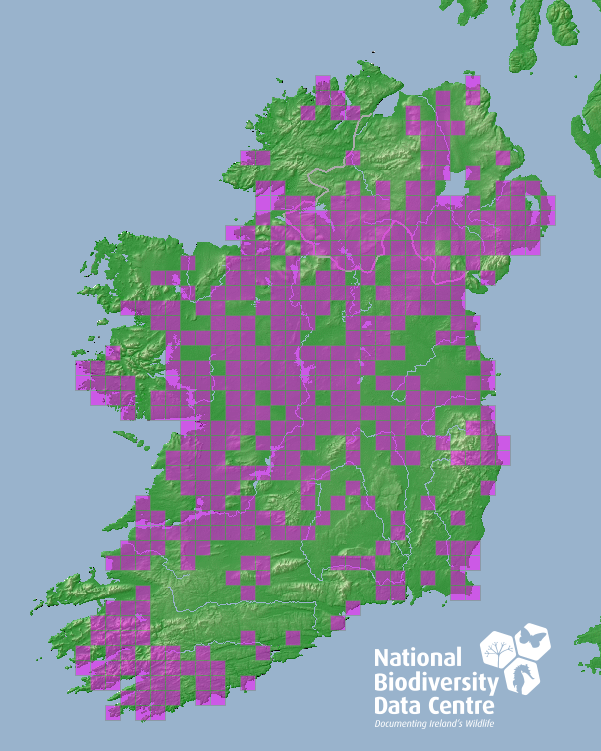 The species is relatively abundant but appears to be suffering from a slow decline.

Both sexes have translucent wings with a black dot near the tip and a thin blue line in between eye spots. Males have a blue abdomen with black markings, the sixth segment is nearly all black and segment seven is entirely black. Segment 8 is blue and nine is almost entirely black. Black "spur" on side of thorax.

The second segment has a black wineglass-shaped mark. Females tend to be larger and mainly black with a green head and thorax. The three-lobed pronotum distinctively separates them from other damselflies. Antehumeral stripes distinctly waisted.

Most dominant damselfly at small lakes, stays close to vegetation much like the Azure damselfly.

May to August (occasionally in April and/or September)

Widespread throughout much of Ireland, particularly from the Shannon Estuary to Lough Neagh. Restricted in regions due to upland areas and oligotrophic waters.