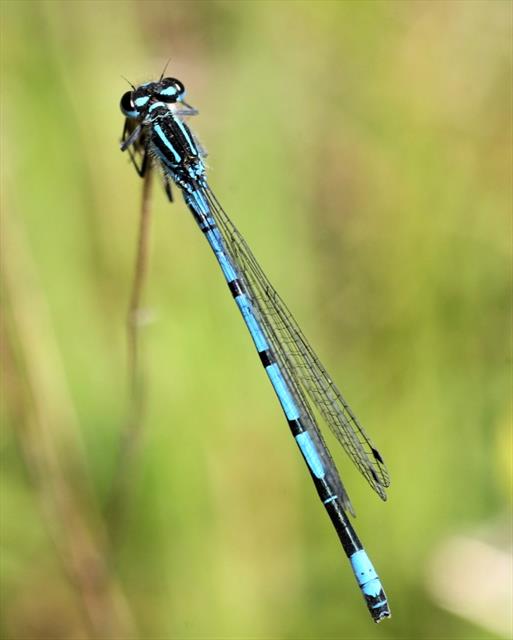 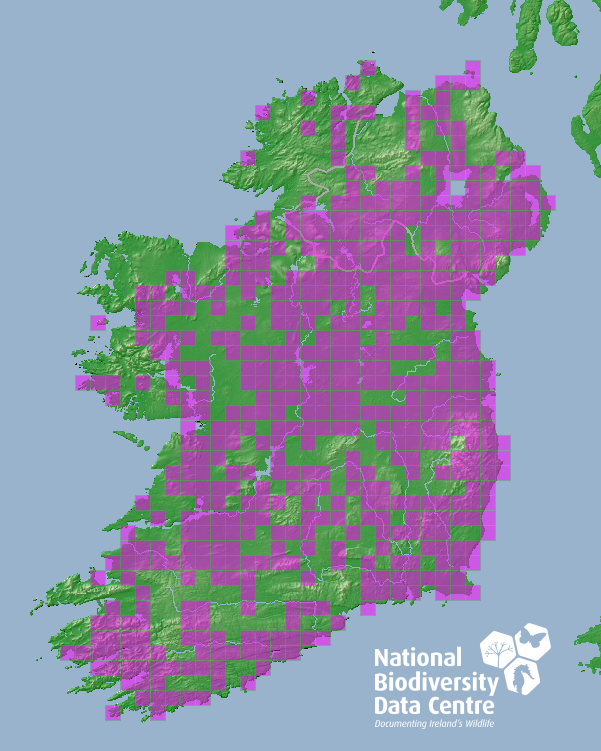 There appears to be a declining trend in this species, but not at a rate that justifies a threat category.

Both sexes have translucent wings with a black dot near the tip. Males have a slender, elongated appearance, dorsal surface of abdomen is predominately blue with a band of black at the bottom of each segment, they have a black U-shaped mark on the second segment of the abdomen. Females can be in either green or blue form, if green then the dorsal surface of the abdomen is bronze and head and thorax are green. If the female is in blue form then the abdomen is predominately black with “W” shaped blue markings at the beginning of each segment, their head and thorax is yellow-green in colour. Black "spur" on side of thorax.