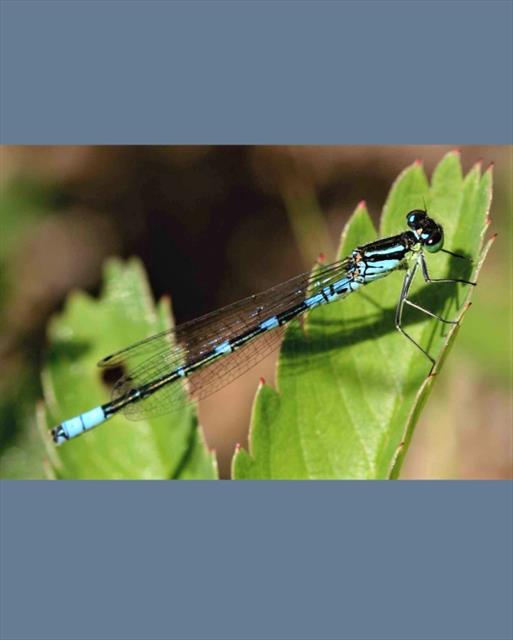 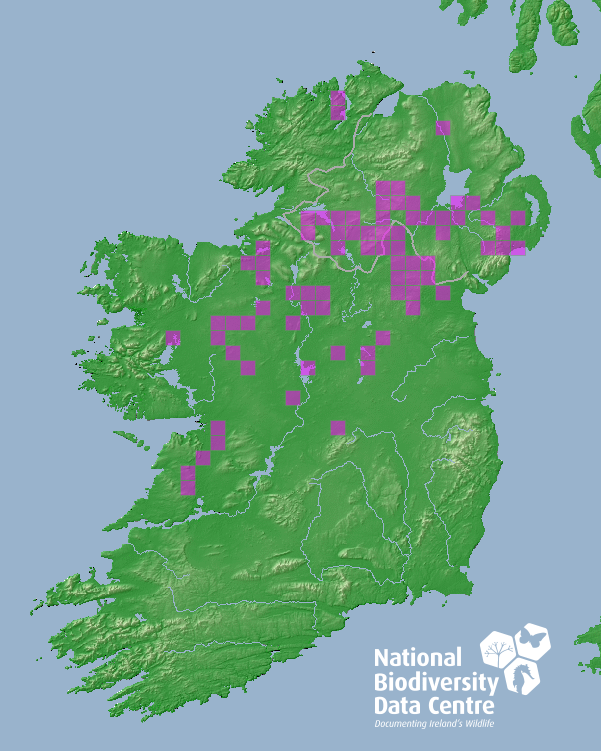 Whilst the number of sites for the species continues to grow, there have also been significant losses. It is considered that an increased level of recording is masking a decline and that the number of large populations is significantly less than the total suggests.

Quite similar to the Azure damselfly, Variable damselfly and Common Blue damselfly. Both sexes have green eyes and translucent wings with a black dot near the tip. Black "spur" on side of thorax. Males have a pair of blue dots on top of the eyes and females have yellow dots. On the male’s abdomen, segment 3 to 7 are mostly black, segment 8 and 9 are entirely blue.

Segment 2 (blue) has distinctive black markings of a crescent shape, two lines either side and marks at the top and bottom of the segment.

The underside of the male, from the head to the halfway of the abdomen is green. The females have a bronze dorsal surface of the abdomen with a green underside and small blue markings on segment 8 and 9.

Preferred breeding sites are in clean and shallow lakes and ponds with an abundance of floating aquatic vegetation, specifically pond-weed and water lilies. Not much is known yet about their preferred habitats. Tend to breed at sites that are far from farming influences.

First discovered in Co. Sligo in 1981, most common in Ulster and Connaught with few records in the midlands and in Clare. Absent from the south and east.