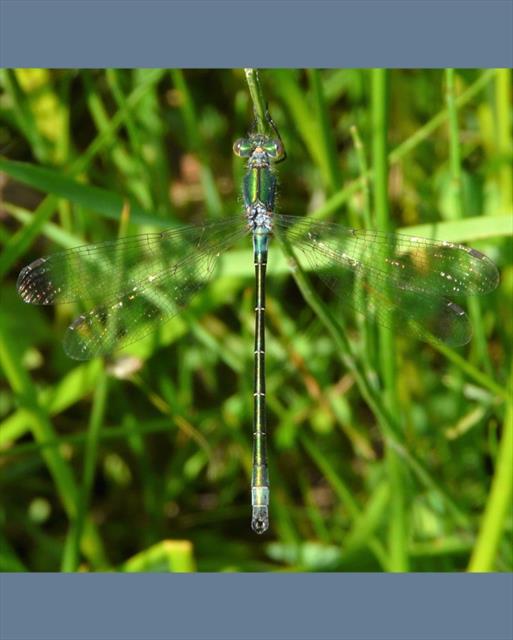 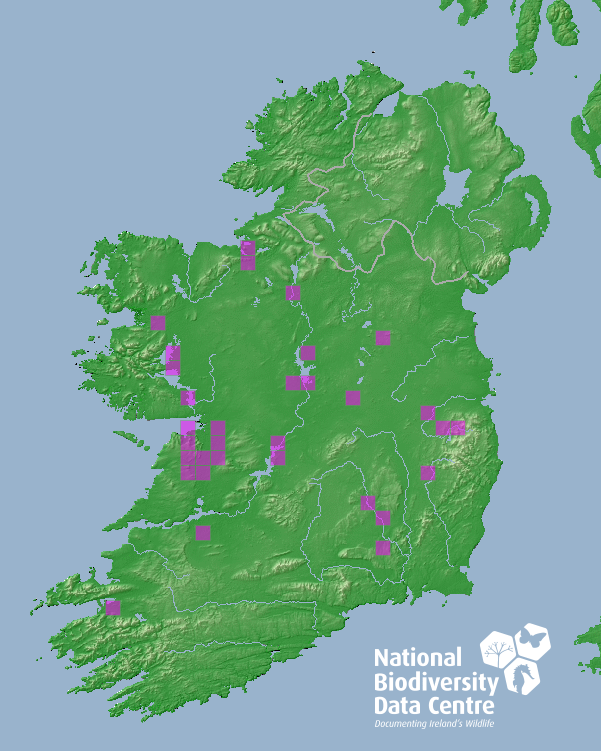 There are historic records from sites through the Irish midlands and in the south and east, but it was lost from most of these before the mid 1980s.  Due to evidence of decline in the east prior to 2000 and the poor current status and future prospects for turloughs, the species is evaluated as Near Threatened.

Both sexes have a dark brown pterostigma near the tip of their wings and they are both a metallic green that bronzes with age. The wings are clear but may have a slight brown tint with age. Males have bright blue eyes and a frosted blue colour on segment 1 and the first half of segment 2, this colour also covers segment 9 and 10 entirely.

Prefers shallow still waters with an abundance of emergent plants and marginal vegetation (water horsetail, rushes, bulrush). Their habitats tend to be naturally fluctuating wetlands, including turloughs. Some colonies have been found at the backwaters of canals and man-made ponds.

Found in central Ireland, Clare to Wicklow and north as far as Sligo, although rarer in the east. Absent from the north and south west.