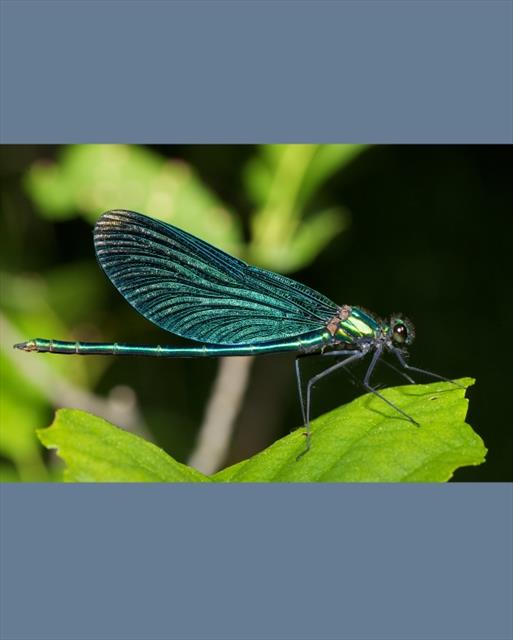 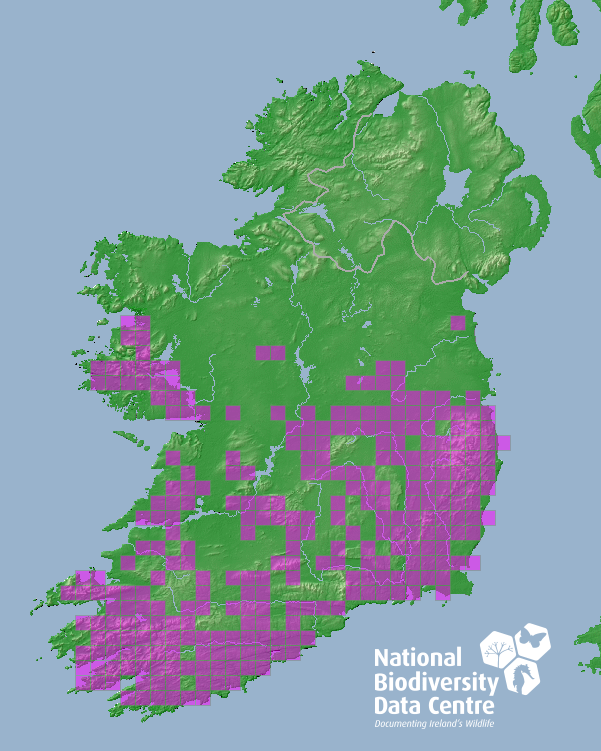 Distribution has not changed significantly apart from a slight northward spread in recent years.

Distinctive flight-beat their wings with a flicking action.

Prefers fast-flowing streams and shallow rivers with a gravel or sandy bottom. Muddy bottom rivers and slow-flowing waters are usually avoided. Tolerant of shade but usually areas that lack sunlight are avoided. Females spend most of their time at the breeding site and males are usually perches on nearby vegetation.

Found mostly throughout the lower half of Ireland, more abundant further south. Absent from Ulster and most of Connaught.