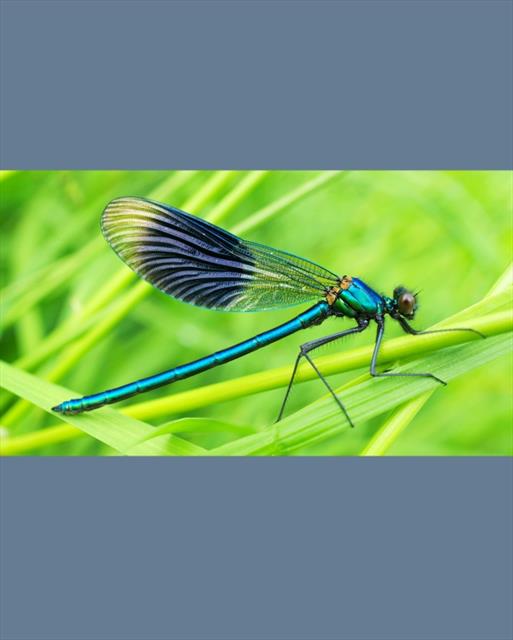 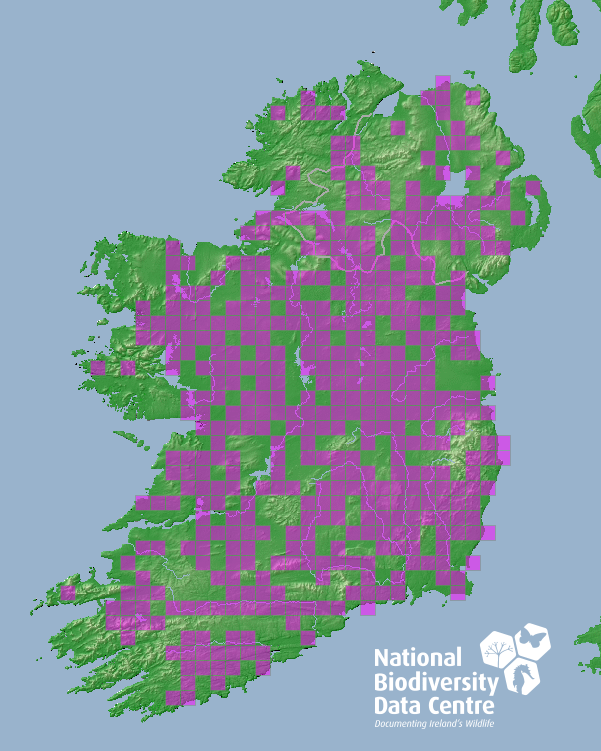 There is no evidence of any change in its distribution or abundance.

Demoiselles are large damselflies with quite broad wings and a butterfly-like flight. Males have metallic blue/green bodies and a dark blue-black band covering a section of each of their wings. Females have a metallic green body with a yellow-greenish tinge to their wings, no dark band but they have a small white dot almost at the tip of the wing.

Distinctive flight-beat their wings with a flicking action. Males perform a fluttering flight display in front of females. Males are very territorial near potential egg-laying areas, they might hold a single territory for more than ten days. Males show several forms of aggressive and chase behaviour. Large groups of banded demoiselles can be found along the banks of waterways.

Found around ponds, lakes and slow-flowing rivers, canals and streams. Areas with lush emergent and herbaceous vegetation and waters that have muddy or silty bottoms are preferred. Avoids shaded areas and usually found around water near open meadows.

May to September (occasionally  April and/or October)

Widespread all throughout Ireland, particularly abundant at river systems. Not found at high altitudes or parts of west Ireland where preferred habitat is absent.