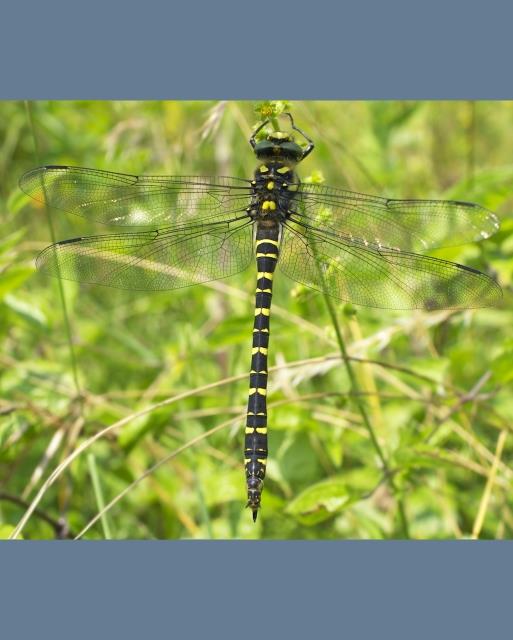 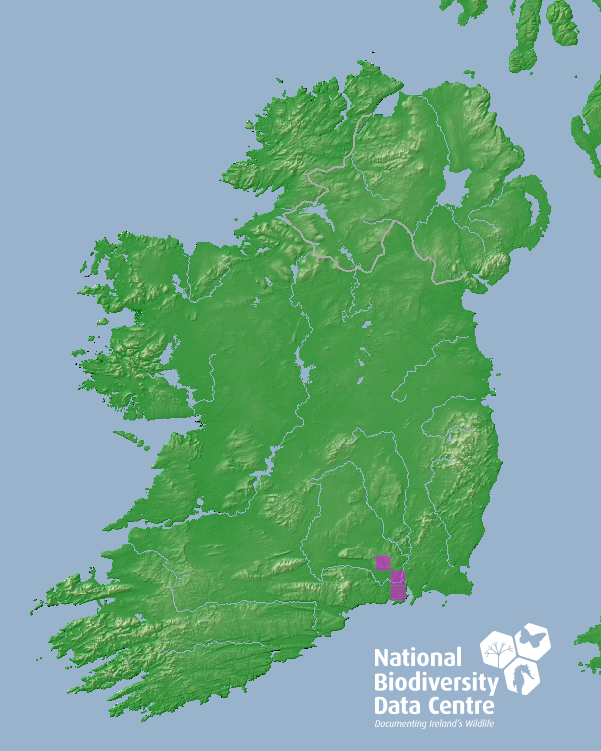 Very large, black dragonfly with striking yellow rings along abdomen. No significant change in appearance with age. Males have club-shaped abdomen, bright green eyes that meet at a single point on the top of the head and a yellow face.

Females are longer and do not have a waisted appearance, they have a long and pointy ovipositor which allows them to lay their eggs deep into the gravel/sand of the river bed. Aside from that females are quite similar to males in appearance.

Males patrol breeding streams, flying close to the surface on a regular beat. They’re fast and powerful flyers. They are voracious predators and like to feed on other dragonflies, damselflies, bees, wasps and beetles. They like to perch on vegetation close to the water.

Prefer fast-flowing rivers, heathland and acidic water although has been recorded along calcareous chalk streams in the UK. Sunlit areas are preferred but can be found in shaded woodland streams.

The larvae of these dragonflies live just under the sediment of the river bed, waiting until prey passes by to catch and eat it. They can take up to five years in the nymph stage to develop fully.

Only three records to date of this dragonfly in Ireland, all females, one in Kilkenny in 2005 and two in Waterford in 2005 and 2008.