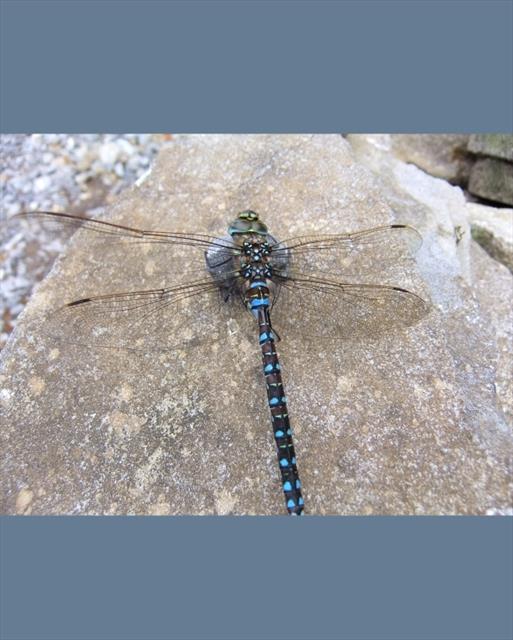 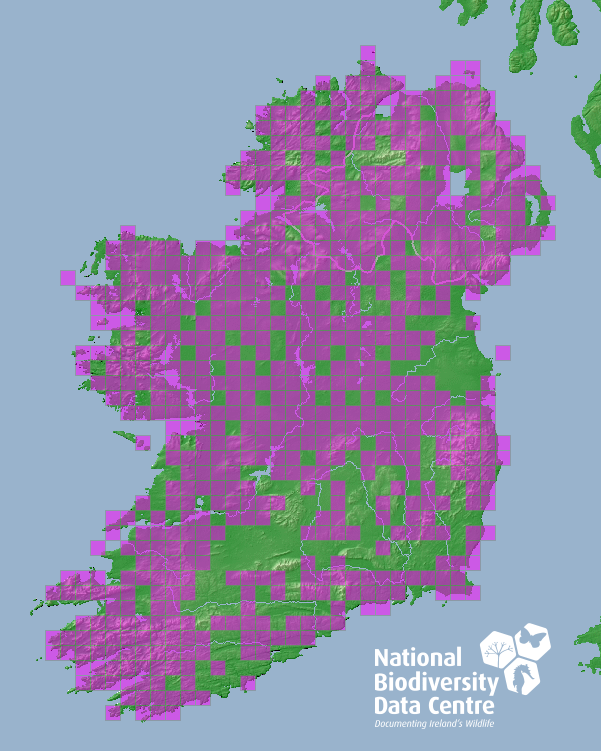 Generally quite dark in colour. Males have paired pale, blue dots on each segment of the abdomen with smaller yellow marks. They have broad yellow stripes either side of the thorax and dark blue eyes. Costa (top, outer “leading”) vein on wings is yellow in both sexes. Rest of the wing is clear, sometimes a brown tinge in female wings. Female has yellow or greenish dots along abdomen and brownish eyes.

Fast and powerful fliers. This species is wary and consequently difficult to approach. Males are quite active, rarely spend time perching. Both sexes can be seen flying high into tree canopies to hunt.

Found mainly in bog lands, ponds/pools with mossy edges, small lakes and streams from sea level to over 500m. They breed in preferred acidic or neutral waters.

June to October (occasionally May and/or November)

The Common Hawker is widespread throughout Ireland but most abundant in the midlands and the west. They can occur from sea level to 500m above. Less abundant in the east due to lack of habitat.