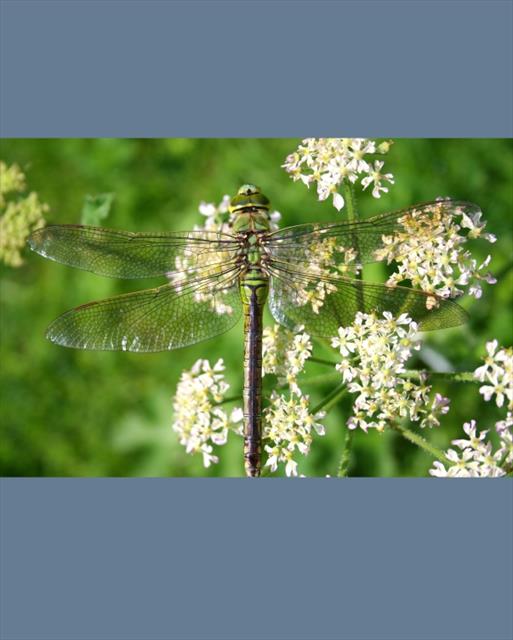 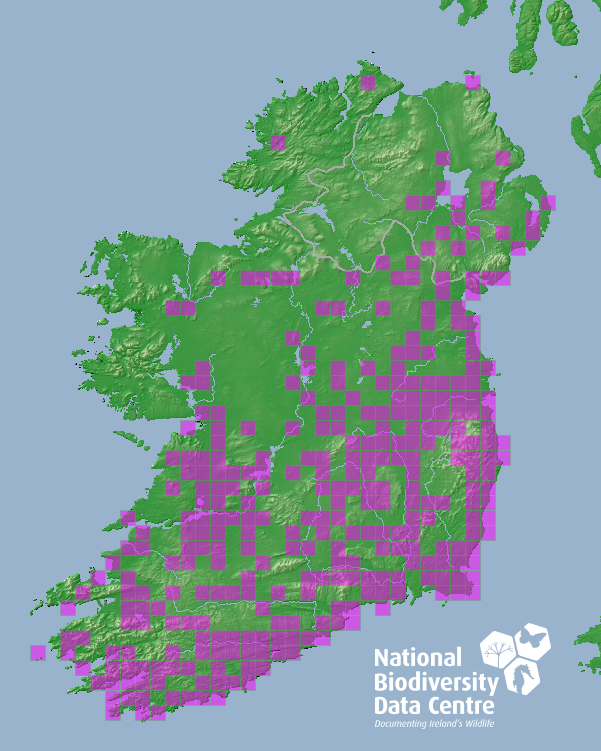 Common, and spreading towards the northwest.

Males have a light, sky blue abdomen with a black line running down the centre of the dorsal side and greenish-blue eyes. Females have a yellow abdomen with similar markings and browner eyes. Black stripe on abdomen. Costa is bright yellow and pterostigma is brown on both. Both have an apple-green thorax.

Females resemble males but have a green rather than blue abdomen.

Very active dragonflies, they catch and eat their prey whilst in the air.  Actively hunts over medium to large bodies of water and rarely settles.

May to September (occasionally April, October and/or November)

First appeared in Wexford in 2000, started to spread to the east and south coast with a few records in the midlands. Common in South and east of Ireland. Distribution spreading to the Northwest.