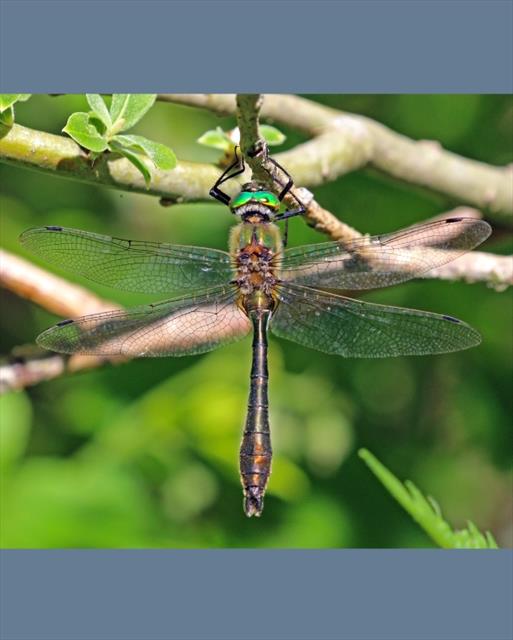 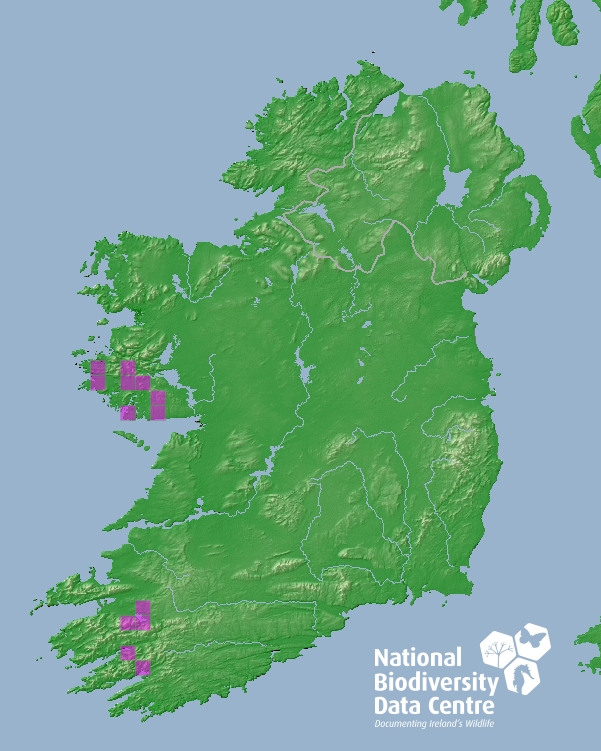 Downy Emerald is assessed as Endangered based on the small area of occupancy, the restricted number of locations and the decline in the quality of habitat . Whilst there is no evidence of decline of the species itself, the future prospects and overall status of the habitats occupied in Ireland are all bad.

Both sexes have a similar greenish-bronze metallic colour and they both have hairs covering the thorax and abdomen, hence the name “downy”. They both have clear wings a slight yellow-brown tinge to their wings at the base which become more distinct with age and bright emerald-green eyes that are brown when immature. Both have a metallic green thorax.

Males have a constricted waist, this gives them a club-shaped abdomen which is held slightly higher than their heads when in flight. Their abdomen appears black from a distance but up close is a greenish-bronze metallic colour. Females have a much thicker abdomen throughout which shines metallic green and bronzes with age.

Males can be quite territorial. One of the very few dragonflies that will fly in overcast weather. Rarely cross open water. After emergence adults normally fly into woodland areas to feed. When landing the Emeralds hang from vegetation rather than perching on it.

Preferred breeding areas are small lakes,  near woodland, where an abundance of dead plant matter is available in which the larvae thrive.

May to July (occasionally April and/or August)

Very scarce in Ireland. First recorded in Glengarriff Co. Cork in 1978. Has since been recorded in Killarney National Park and Glen Inchiquin, Co. Kerry and in the Connemara, Co. Galway.