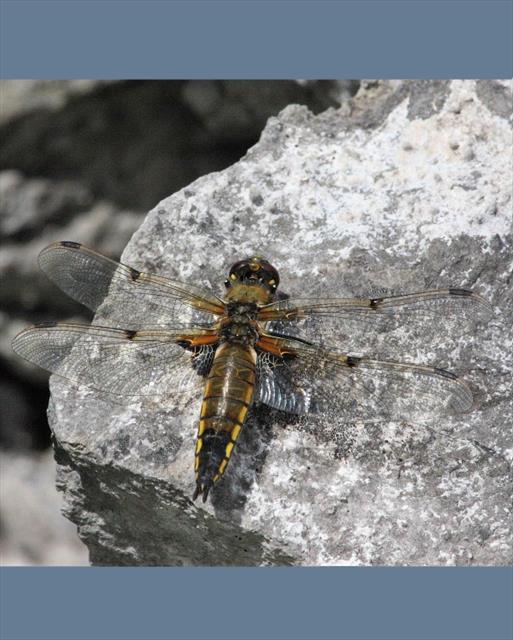 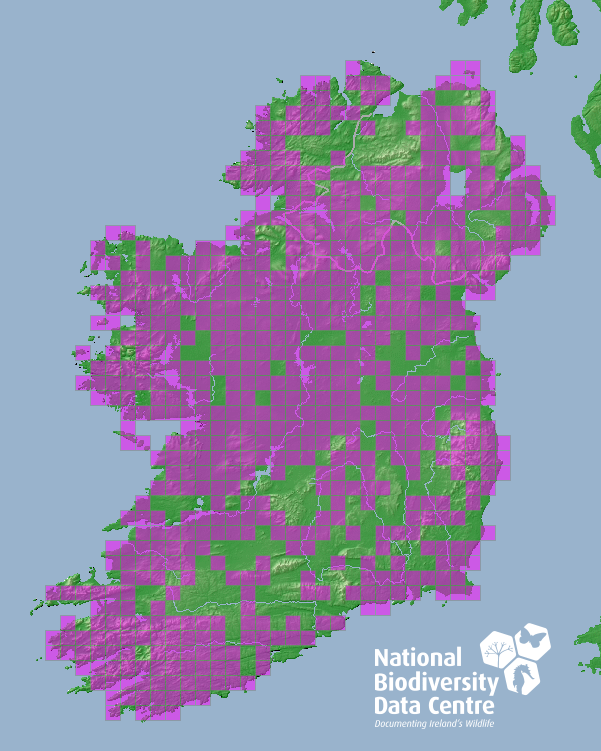 There is no evidence of any significant change in either the overall population or its distribution.

Both sexes are quite similar. They have two small dark markings along the front edge of each wing hence its name “four-spotted” Chaser. They have dark brown/black patches in the basal area of each hind wing. The male is predominantly brown except for its black abdominal tip.

The female has a broader and less tapered abdomen and a slightly more orange-based brown colouring.  Praenubila is a colour form where the tips of the wings are tinted a dark brown/black colour.

Both sexes have brown eyes and dense, pale hairs covering the thorax.

Very active dragonflies, spend quite a section of their time hawking over water for insect prey or to mark their territory. They mate on the wing and the female deposits her eggs in the water whilst hovering. Adults perch frequently and are restless, aggressive and very territorial. Often accompanied by sound of clashing wings.

Breeds in a variety of neutral or acidic waters. Can be quite abundant on acidic boggy habitats. Prefers habitat with an abundance of aquatic vegetation, submerged and emergent plants. Mostly seen on small natural lakes, sometimes seen breeding in slow-moving rivers and canals.

Widespread throughout Ireland, a bit sparse in the south east except for coastal areas, more abundant towards the west and north.