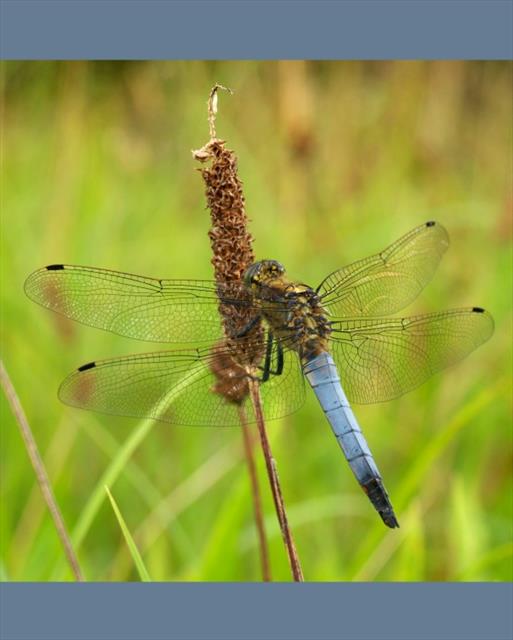 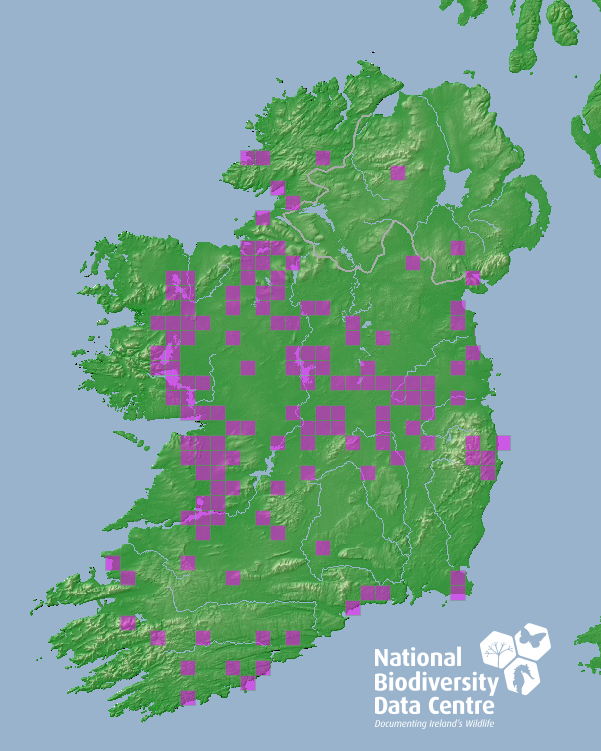 A spread into eastern counties has been evident in recent decades, though is still absent from Northern Ireland and the south west.

Both sexes are yellow when they’re immature and have a black wing-spot and yellow costa. Mature males have a powder blue abdomen with a black tip and yellow lateral spots either side. They also have very dark green eyes and a grey thorax. Immature males look very similar to mature females, they are both all bright yellow with two black stripes running down the abdomen although the female turns a greyish-brown with age.

Females have a yellowish abdomen with two longitudinal black lines on the dorsal surface, and yellow-tinted wings.

They like to fly quite low to the ground and water surface, hence their name “skimmer”. Males are territorial and very aggressive, holding a bank-side length of up to 50m. Males also like to rest on open, bare and sunny surfaces close to the water. Females like to feed away from water, in open fields or hedgerows. The male guards the female when she deposits her eggs into the water.

Majority of recordings are from the west or midlands and some coastal areas. Common in mid west, local but increasing in east. Almost completely absent from the north and south/south west.