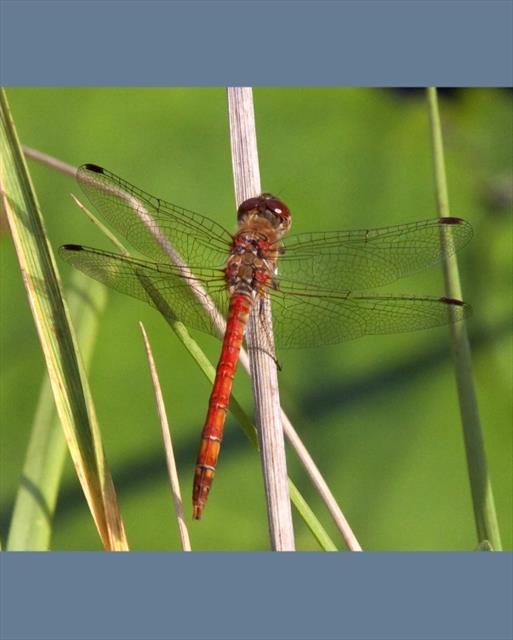 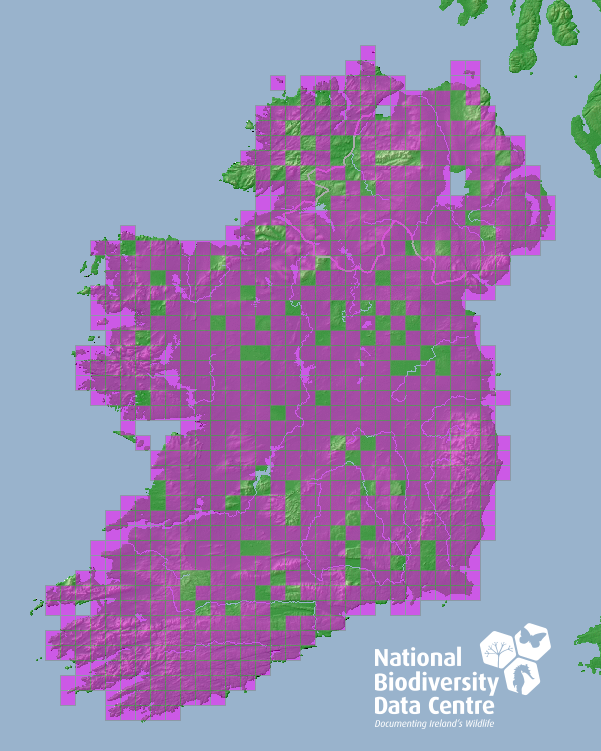 There is no evidence of any change in its abundance or distribution.

Both sexes have clear wings with a dark wing spot and a dark marking on segment 8 and 9 of the abdomen. Males are yellow brown when immature, similar to mature female but thinner abdomen and paler. When the males mature, they have an orange-red colour and a brown thorax that is yellow at the sides. The legs are dark with pale stripes along their length.

Mature females are yellow-brown with a reddish dorsal line and they have a tint of yellow at the base of their wings.

Adults are found foraging far from breeding sites. Usually perch in the sunlight on waterside vegetation.

Breeds in a variety of lentic and slow-flowing wetland habitats e.g. ponds, lakes, bod pools, streams, canals, ditches and rivers. Breeding sites usually consist of large amounts of submerged aquatic vegetation and filamentous algae. Tall grasses, trees and bushes are found quite close to the sites but do not shade them.

June to October (occasionally May and/or November)

Common all throughout Ireland, only absent from upland areas.