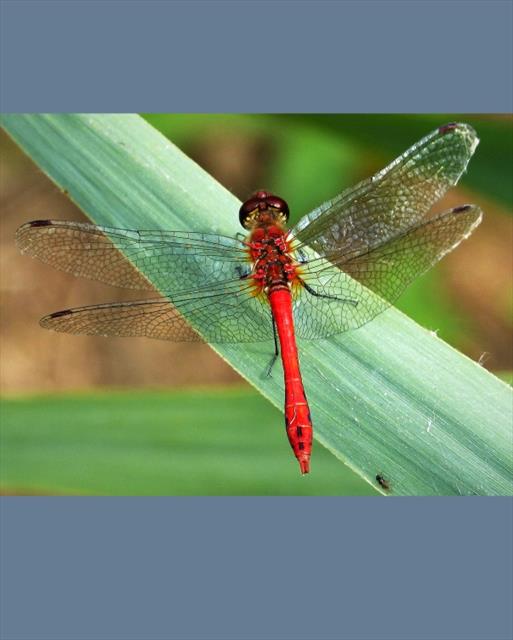 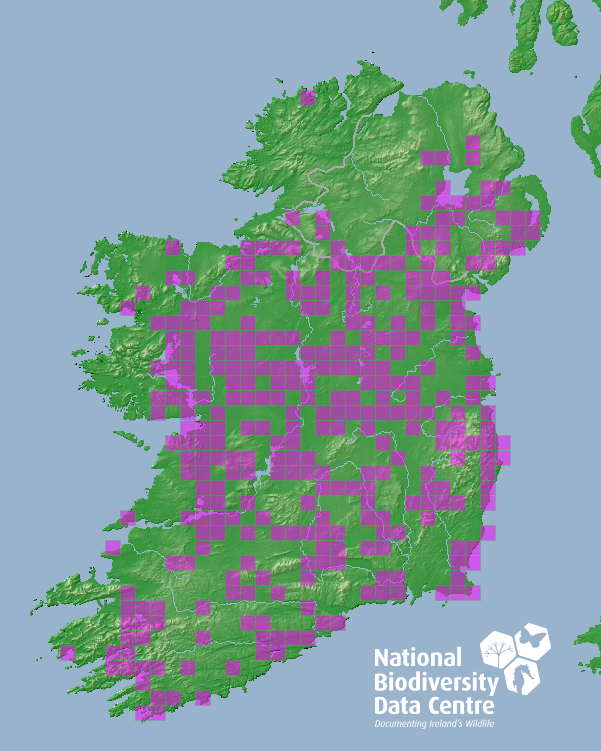 There is no evidence of any significant change in its distribution.

Both sexes have clear wings with a light brown wing spot, a yellow patch at the base and black legs. They both also have black markings on segment 8 and 9 of the abdomen. Males have a waisted abdomen, they start out golden yellow but turn blood-red when mature and have a reddish-brown thorax.

Mature females have an unwaisted golden yellow abdomen with a black stripe down the centre.

Flight is typically short and bouncy. Likes to perch on waterside vegetation. They’re not territorial.

June to September (occasionally May and/or October)

Widespread throughout Ireland although quite sparse in the south west and absent from large areas up north.