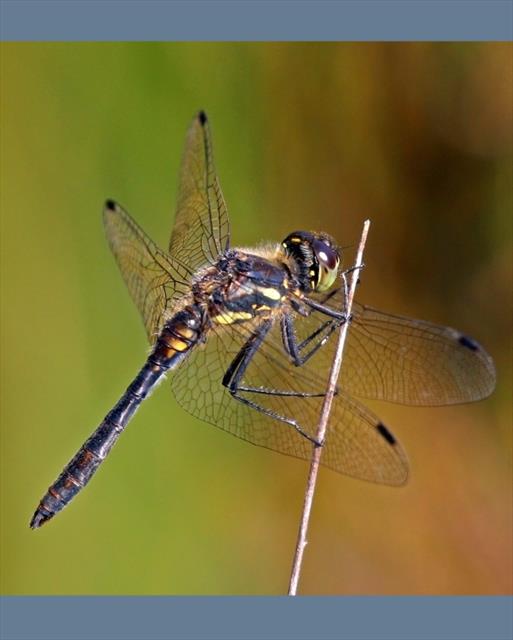 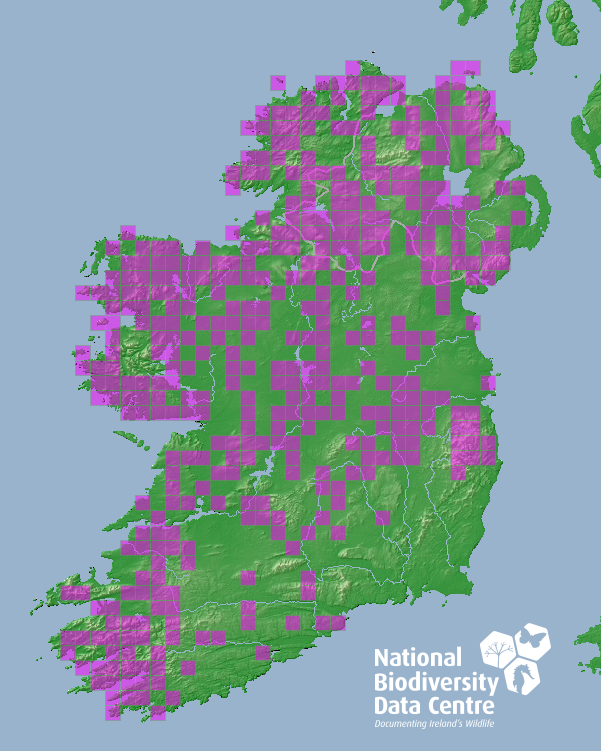 There is no quantified evidence of decline across the whole island to justify a threat category, but the map in Nelson & Thompson (2004) does suggest a decline in parts of Northern Ireland.

The smallest species of Darter in Ireland. Both sexes have clear wings with a black wing spot. Mature males are all black except for some yellow marking on the abdomen and yellow stripes on the thorax, and are the only black dragonfly in Ireland. They also have bicoloured eyes, black on top and olive below.

Females look quite similar to immature males, they are both predominantly yellow-brown although the immature male has a waisted abdomen and the mature female has dark yellow patches at the base of the wings and bicoloured eyes (reddish-brown on top and olive below). Legs are black in both sexes.

“Darting” and “skittish” flight, go from hovering to a sudden burst of movement to catch prey. Males are not territorial. Tend to perch in the sun a lot.

Most abundant all along the west and the midlands. Sparse in the south east due to lack of habitat.