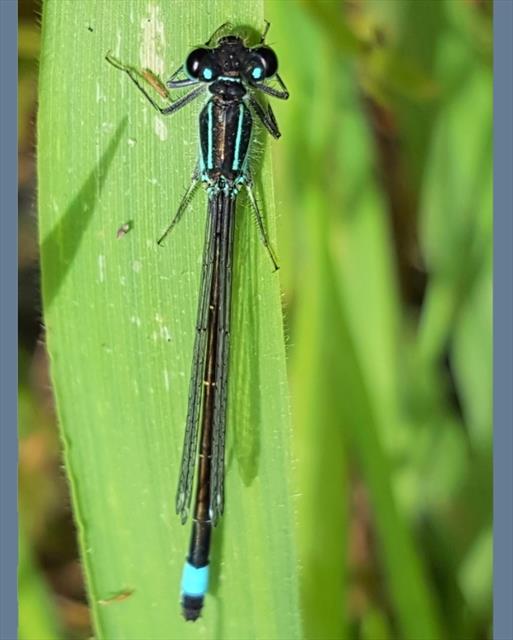 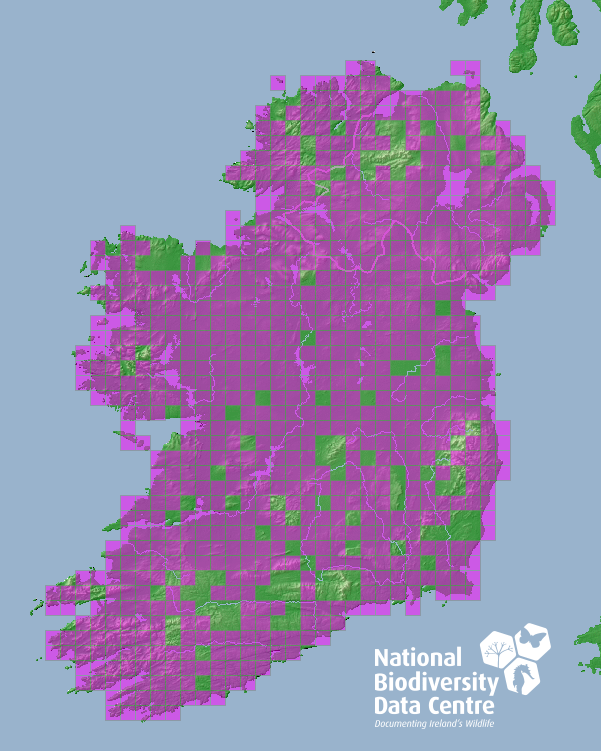 Based on the number of occupied hectads and the Area of Occupancy, this is the most widespread odonate species in Ireland

Both sexes have bicoloured pterostigma. Males have blue, unbroken antehumeral stripes on the thorax, blue eyes and a black metallic abdomen which is yellow underneath. The abdomen has and entire bright blue segment (8) near the tip hence the name “blue-tailed”. The thorax is green in immature males but turns blue when mature.

The female can be a variety of colours, at least five. Each form is given a name.

Both males and females have a dark metallic dorsal side of the abdomen.

Found in a variety of habitats except for high ground and exposed areas. Breed in garden ponds, lakes, slow-flowing rivers, streams, canals, peaty pools and ditches. Usually the only damselfly found on very enriched water and brackish sites. Their preferred habitat is one with an abundance of submerged, emergent and floating plants.

May to September (occasionally April)