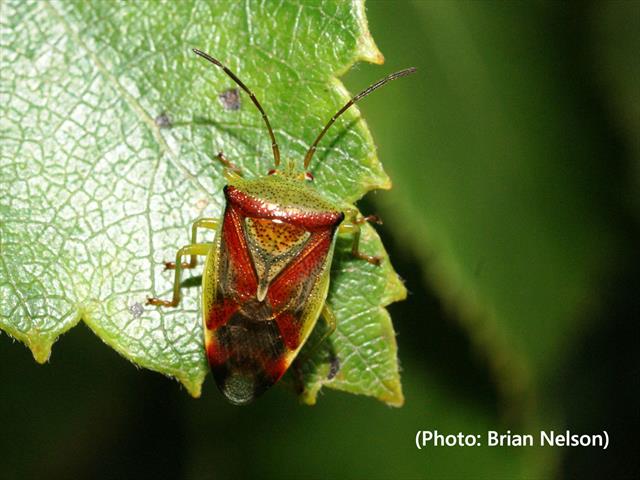 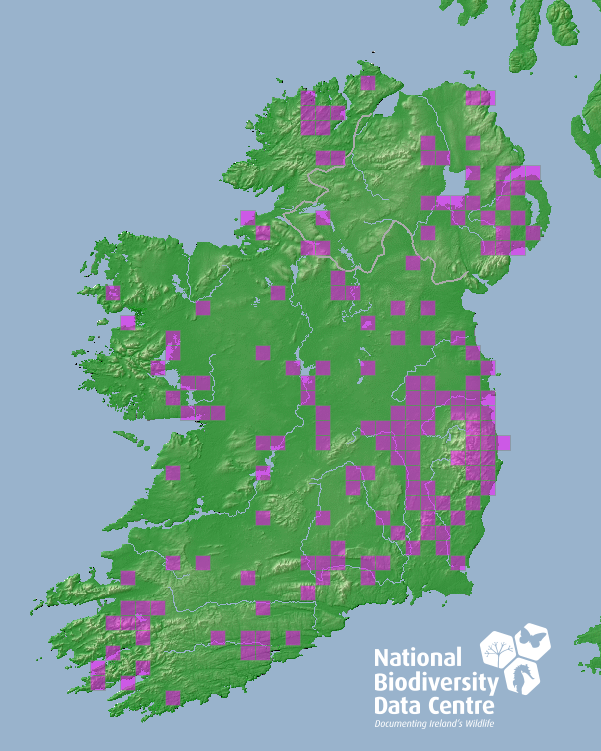 Small to medium-sized. Green with red-brown speckles. Scutellum and most of the wings are red. Shoulders of the pronotum are usually green and simply rounded.

Is found in lowland bogs, hedgerows and garders, where there is plentiful birch (Betula sp.) and hazel (Corylus avellana). It is most common on mature trees with catkins.

Adults may be found in all months except July and August. Nymphs are present from June to September.

Birch Shieldbug is similar to Hawthorn Shildbug but it is much smaller, neater and lacks the red-tipped pointed shoulders.