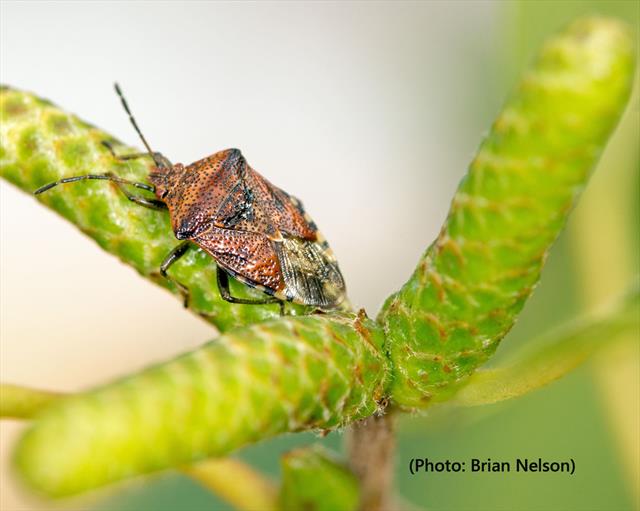 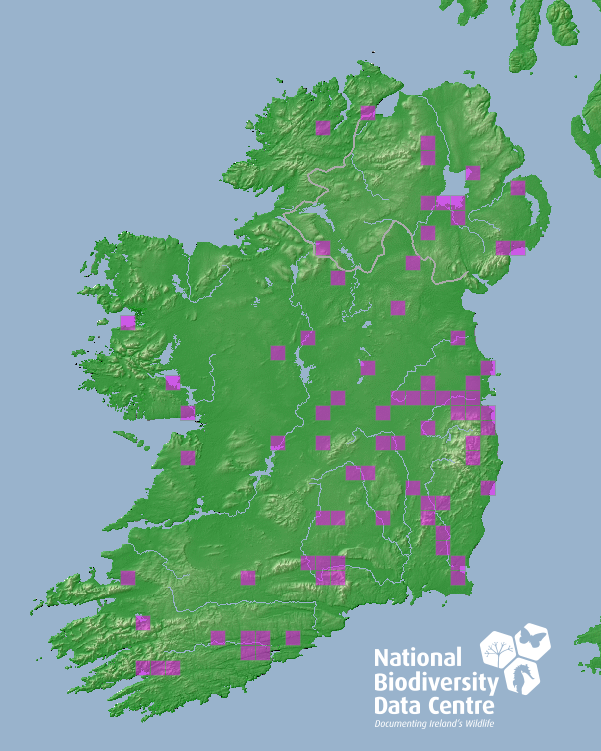 Complex mottled pattern dominated by browns, reds and black blotches. The edge of the abdomen has black and orange chequers.

Parent Shieldbugs are associated with stands of Birch (Betula sp.) on bogs, heaths and edges of woodland.

Adults may be found from in all months except June and July. Nymphs occur in June, July and August.

Similar in shape to Birch and Hawthorn Shieldbug, but the Parent Shieldbug is differentiated by heavy dark markings and limited green pigment.