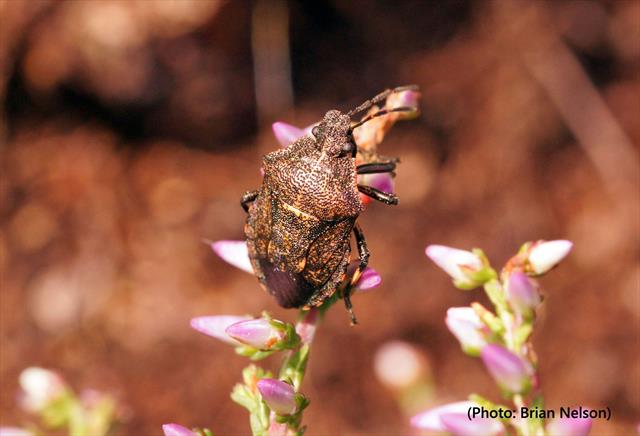 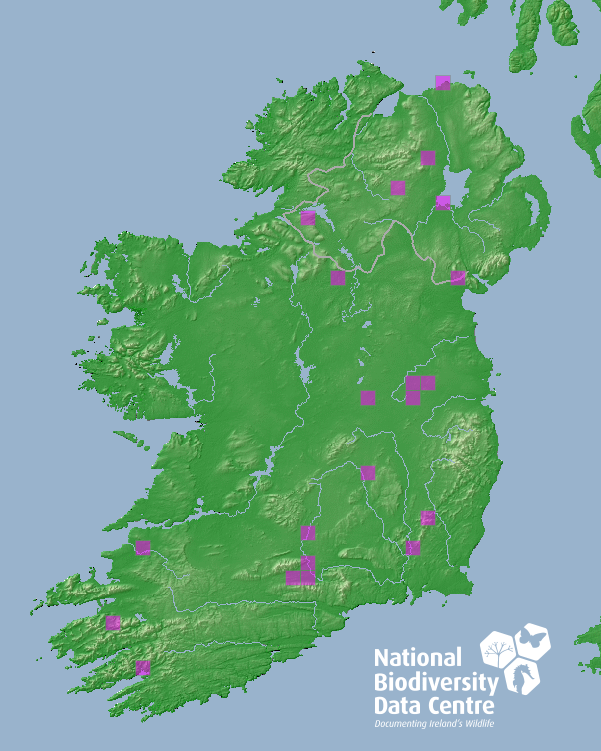 Red or orange middle third to the tibia of the otherwise dark legs and a red line through the pronotum.

Adults may be seen through the year, except for July. Nymphs are found from June to August.

The Heather Shieldbug is most similar to the Bronze Shieldbug but is smaller and has a red and less metallic ground colour. The red band on the legs is diagnostic.

It is found in the northern third of Ireland, but is not common.