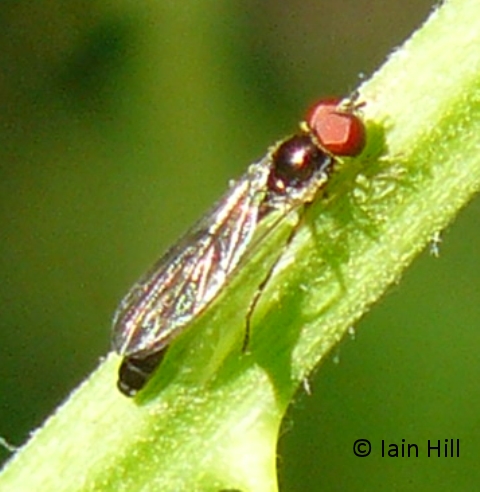 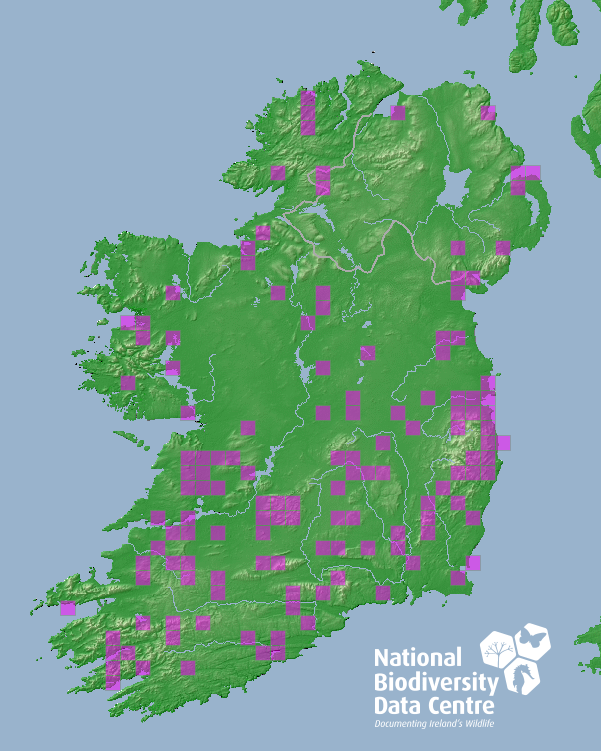 Forest, both coniferous and deciduous, both young and old; also in scrub woodland, hedgerows and suburban gardens. B.elongata occurs in Ireland in most types of deciduous woodland, with the exception of birch woods, for which there are few records. It does not seem to occur in conifer plantations in Ireland, except where deciduous scrub is also present (e.g., along forest roads), suggesting that under these circumstances it is dependent not on the crop trees but on the deciduous scrub. This species is to a significant extent anthropophilic, occurring in the standard Irish farmland landscape of green fields and hedges and in mature suburban gardens.

Flies within woodland, usually within 1 - 3 metres of the ground and as much in the shade as in the sun; seldom ventures far into open areas.

April/June and July/September or October. Larva: eggs described and figured by Chandler (1968); larva and 11 puparium described and figured by Dusek & Laska (1960b) and Goeldlin (1974) and larva figured in colour and differentiated from other related genera in the keys provided by Rotheray (1994); aphid feeding, on tall herbs, e.g. thistles (Cirsium), bushes and trees. Dussaix (2005a) reared the species from larvae found on Aquilegia, Digitalis, Euphorbia, Hieracium, Hypochaeris, Sambucus nigra and Sonchus.

Scandinavia to the Mediterranean; central Spain eastwards to Greece and Ireland eastwards into European parts of Russia. This species is also known from the Azores (Rojo et al, 1997). B.elongata is both frequent and widely distributed over most of Europe, including Ireland. Surprisingly enough, it is, however, apparently endemic to Europe.

B.elongata is both frequent and widely distributed over most of Europe, including Ireland.