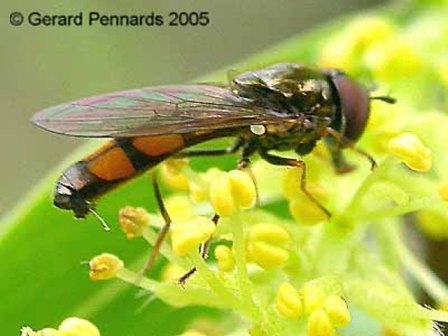 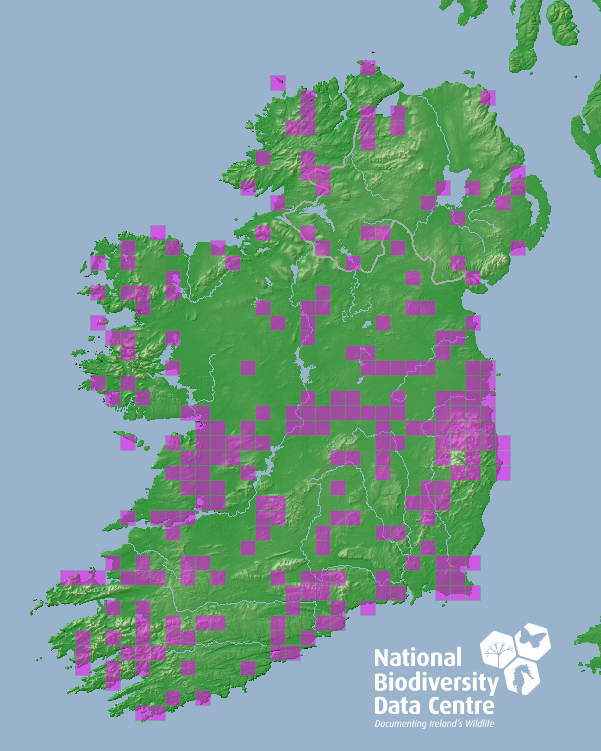 Open country, grassland and heathland, plus grassy clearings and tracksides in woodland, predominantly anthropophilic, occurring also in most types of farmland, including arable crops and "improved" pasture, in suburban gardens and parks and along firebreaks and tracks in conifer plantations. M. mellinum is a polyform species, the different forms varying in frequency with the habitat in which the species is found. Whether these forms are simply ecotypes or have greater taxonomic significance is unclear - they are certainly not all equally distinct. In Ireland, the two predominant forms are one which occurs in moorland/bog situations and the other which occurs generally in grassland. Both are frequent and can occur together. M. mellinum ranges over a wide variety of open country habitats here, including improved grassland, which is typical of the species over much of Europe. Its capacity to survive in improved grassland makes M. mellinum a characteristic species of the standard farmland landscape of green fields and hedges. However, it is not an insect of suburban gardens or parks, and in conifer plantations would be confined to vegetated tracksides.

Within grassland and heathland, flying low among the vegetation; frequently active under overcast conditions; as easily detected by means of a sweep net as by direct observation.

April/October. Larva: described and figured by Dusek & Laska (1960a); aphid-feeding, on a wide range of low-growing plants. Dziock (2002) reported that under laboratory conditions development (from egg-laying to hatching of adult) can take as little as 5-6 weeks in this species. The morphology of the chorion of the egg is figured by Kuznetzov (1988).

van der Goot (1981). There is uncertainty as to the number of Melanostoma species occurring in Europe and, as recognised at present, M. mellinum may prove to be a complex of more than one species. The adult insect is illustrated in colour by Stubbs and Falk (1983) and Torp (1994).

From Iceland and Fennoscandia south to Iberia, the Mediterranean and N Africa; from Ireland eastwards through most of Europe into European parts of Russia; Siberia from the Urals to the Pacific coast; N America from Alaska to Quebec and south to Washington.

Recorded as occurring in Ireland in Coe (1953). This Holarctic species is widely distributed and common over most of Europe, including Ireland.