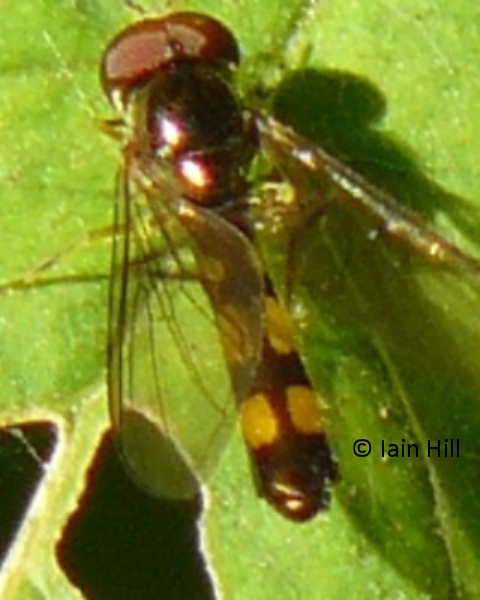 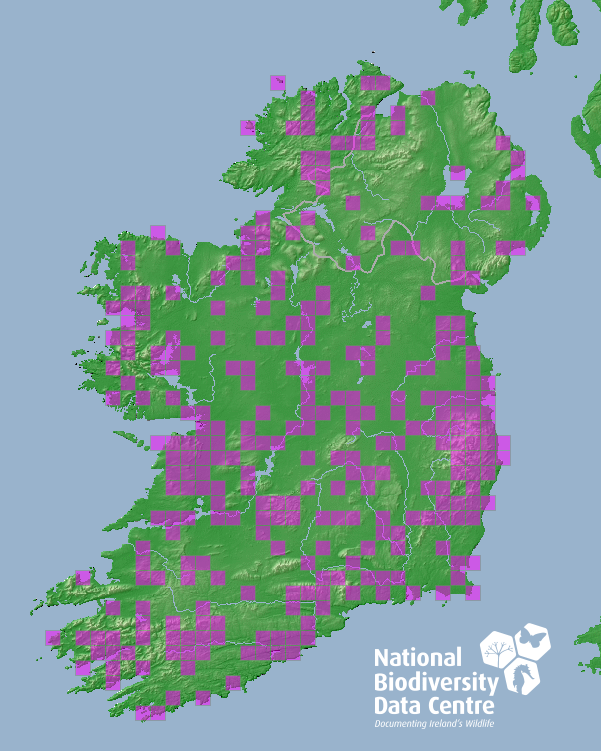 Most types of humid/mesophilous forest (both coniferous and deciduous), but also occurring in more open situations in parts of Europe with an Atlantic climate; a largely anthropophilic species, occurring along hedges in various sorts of farmland and in gardens, parks and along tracksides in conifer plantations. It is of frequent occurrence along field margins and hedges, in the standard farmland landscape, and can occur entirely away from any woodland influence in humid, unimproved grassland and along streams in moorland. It is also found in fen, although not in bog or transition mire and does not occur in brackish habitats like salt marsh, or in coastal dunes. It occurs in association with most types of deciduous woodland found in Ireland, including scrub, and is to be found in suburban gardens and parks. In conifer plantations it is absent except where deciduous woodland intrusions occur or well-vegetated track margins are present. Despite that, it can be classified as a strongly anthropophilic insect in Ireland.

Tracksides, clearings, hedges, gardens, especially along streams or in poorly-drained locations; flies low over ground vegetation and bushes; males hover beside bushes in flower, in the shade beneath trees etc., at up to 3m from the ground.

March/ September. Larva: described and figured by Dusek & Laska (1959), from a full-grown larva found on the trunk of an apricot tree; larvae seem to occur mostly in the litter layer or tussocks of grasses such as Dactylis. Dziock (2002) reported that under laboratory conditions development (from egg-laying to hatching of adult) can take as little as 5-6 weeks in this species. The morphology of the chorion of the egg is figured by Kuznetzov (1988).

From Iceland and Fennoscandia south to Iberia, the Mediterranean and N Africa; from Ireland eastwards through most of Europe into European parts of Russia; in Siberia from the Urals to the Pacific coast (Kuril Isles); in eastern parts of the Afrotropical region south to Zimbabwe; throughout the Oriental region to New Guinea. It also ranges widely through the Palaearctic, from the Atlantic to the Pacific. It is not, however, known from N America. In Europe, it is found from northern Norway to the Mediterranean, but becomes localised to more humid situations in southern parts of the continent.

Recorded as occurring in Ireland in Coe (1953). M. scalare is common and generally distributed in Ireland.