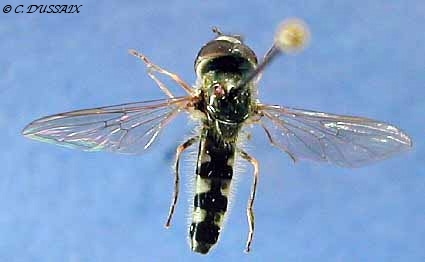 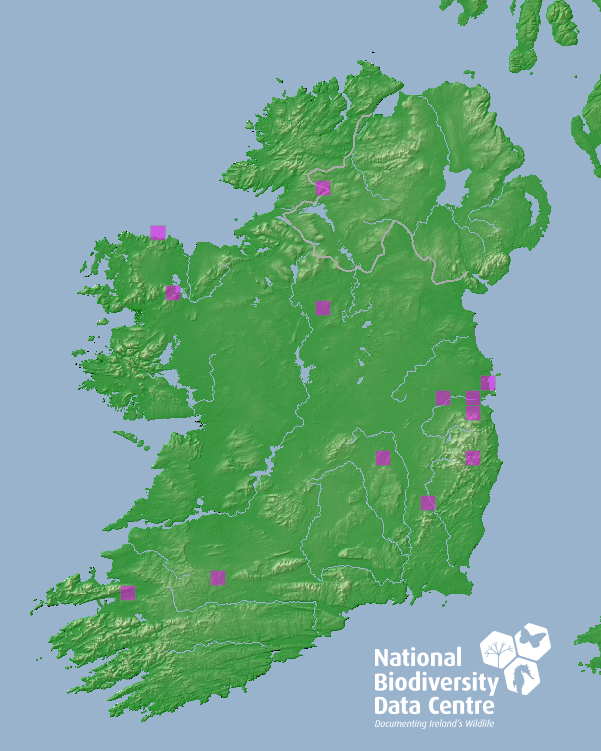 Deciduous forest; scrub-invaded clearings in woodland and forest, scrub-edged tracks in woodland etc., garrigue, hedgerows and gardens. In Ireland, this syrphid is characteristic of areas of deciduous scrub of Prunus/Crataegus and mature hedgerows. It can be expected to occur also where Ribes is grown as a fruit crop. P. ambiguus does not occur in mature forest, wetlands or open ground and there are no records of it from Corylus scrub. Intensification of farm use, resulting in tighter control over scrub-invasion of grasslands and grubbing-up of hedges, removes the only available habitats for this species in much of the Irish landscape, so that current trends in farming can only be expected to result in a reduction in the frequency of occurrence of P. ambiguus. Conversion of deciduous scrub to conifer plantation would have a similar effect.

Flies only in the immediate vicinity of scrub; the males hover beside Crataegus, Prunus spinosa or Salix in flower, often actually among the branches; the females visit the flowers of these trees.

Beginning April/end May. Larva: described and figured by Dusek and Laska (1959) and Goeldlin (1974), aphidophagous on trees and shrubs, e.g. Malus, Prunus, Ribes; may be abundant on Prunus spinosa in hedges (Pollard et al, 1974).

Nielsen (2004), who provides a key distinguishing this species from other European members of the Platycheirus ambiguus group; Haarto and Kerppola (2007a), Bartsch et al see Nielsen (1974). From these species, the male of P. ambiguus may be distinguished by its possession of predominantly pale front femora (black except at tip in the other two species), while in the female the third antennal segment is partly pale beneath (entirely black in the other two species). Features of the male terminalia are figured by Dusek and Laska (1967). The adult insect is illustrated in colour by Stubbs and Falk (1983), Torp (1984, 1994), van der Goot (1986) and Bartsch et al (2009a).

Uncertain, due to confusion with other species, but supposedly from Fennoscandia south to central Spain; from Ireland eastwards through most of Europe into Russia and on to the Pacific coast, including Japan.

Recorded as occurring in Ireland in Coe (1953). Records of P. ambiguus are scattered through most of the island, but are few and far between - a circumstance that may well be influenced by the early spring flight period of this insect. Nonetheless, there is no justification for regarding P. ambiguus as threatened in Ireland and, unless the current policy of providing financial incentives to farmers for maintenance of hedges in the farmed landscape fails, there is little reason to suppose that this species will become threatened in the immediate future.