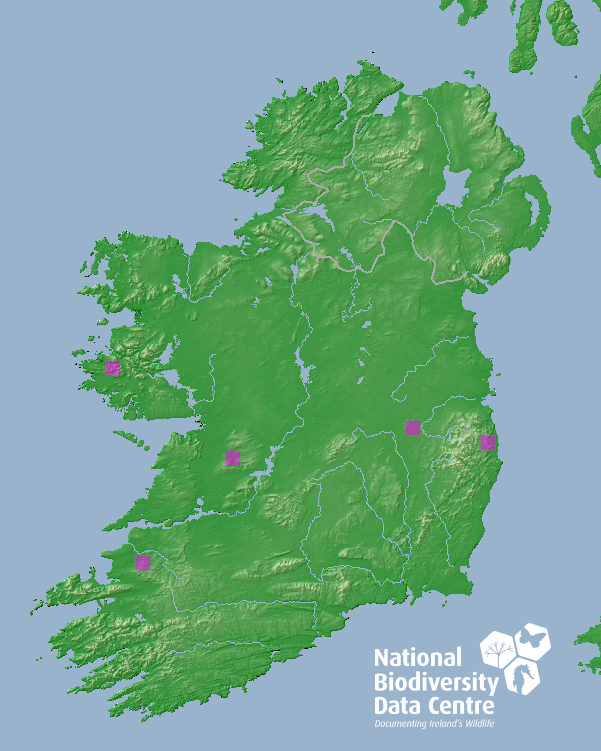 Wetland; fen and poor fen; flushes and brooks in moor and bog.

June/July with records into August. Larva: not described.

this species is included in the keys provided by van Veen (2004), Haarto and Kerppola (2007a) and Bartsch et al (2009a). Distinguishing features are detailed and figured by Speight and Vockeroth (1988) and included in the keys to N American species by Vockeroth (1990). The general appearance of the male and female of this species can be seen from the coloured illustrations provided by Haarto and Kerppola (2007a) and Bartsch et al (2009a). Van Steenis and Goeldlin (1998) provide a key separating the female from females of other European peltatus-group species, but do not include P. scutatus (Mg.) in that group. The females of P. amplus and P. scutatus may be distinguished as follows: A. Frons dusted yellow-brown and only vaguely shining, from the posterior margin of the lunule to the anterior ocellus; mid-tibiae, in dorsal view, virtually straight ..... amplus (Curran) B. Frons with a pair of large, silver-grey dust spots, which may be narrowly joined in the mid-line, but which are separated from both the lunule and the anterior ocellus by black, shining, undusted areas reaching across almost the entire width of the frons; mid-tibiae, in dorsal view, curved anteriorly at about the median third of their length ..... scutatus (Meigen)

European range as yet imperfectly known, due to confusion with P. peltatus (Mg.) until recently; at present known in Europe from Iceland, Norway, northern Sweden, Finland, Ireland, Scotland, Belgium (Ardennes), Germany, the Swiss Jura and the central Alps (Austria); Altai mountains (SE Siberia); in N America known from Alaska, Western Canada and the Rocky Mountains south to Colorado (USA). Recognition of the presence of this species in Europe recently has led in some instances to a rapid demonstration of its widespread occurrence, most evident in Norway (Nielsen, 1999), where it is now known to occur from the far north to the south coast. P. amplus is frequent in Scandinavia, but generally regarded as threatened further south in Europe. Its situation in Asiatic parts of the Palaearctic is unknown, but it is known to range widely in northern parts of the Nearctic.

Added to the Irish list by Speight and Vockeroth (1988). But re-examination of Irish material belonging to this species group has not had a similar effect - there are but four confirmed Irish records of P. amplus. This is essentially an insect of mires, occurring in areas with fluctuating annual water levels, where the ground surface is almost constantly water-logged. Insufficient Irish records are available to characterise its habitat preferences here and it would seem that conditions are in some ways generally unsuitable for its occurrence. Two of the existing records are from wet, open, oligotrophic grassland/Juncus areas along small streams. It has not been refound in its original site of occurrence in Ireland (Pollardstown Fen, Kildare) and subsequent eutrophication of the part of the fen in which it was found may well have caused its disappearance there. There are few Irish records of this species. From what is known of it in general, it would seem realistic to regard P. amplus as a cold climate relict in Ireland, whose distribution here is now affected by restricted habitat availability due to both climatic factors and man's influence. It has to be categorised as threatened, and probably endangered, and should be included on any listing of insects recognised as requiring protection throughout the island.