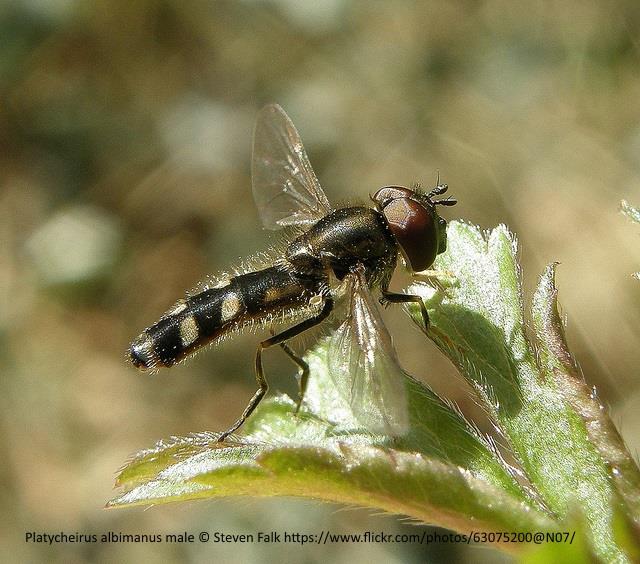 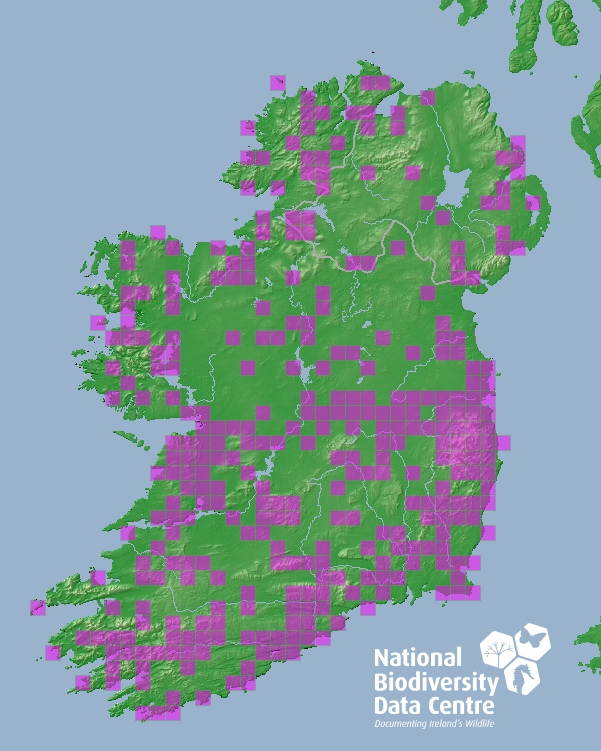 Deciduous forest, but this is an extremely anthropophilic species occurring in most sorts of farmland, suburban gardens and parks. It may also be found along fire-breaks and tracks in conifer plantations. In southern Europe, it seems to be largely confined to woodland and other more humid situations. In Ireland, Britain and other parts of the Atlantic seabord of Europe from Denmark to northern France, P. albimanus occurs in open parts of oak forest and Atlantic scrub, including Corylus thickets. It is not characteristically a wetland species, though it may occur on the periphery of wetlands. Neither is it associated with either coastal dunes or saltmarsh. Within farmland, field margins and hedges provide P. albimanus with appropriate habitat. The productive surface area of fields can also be used by this species when ruderal herbs are frequent within crops for periods of two months or so within the growing season, or when aphid populations on the crops themselves are sufficiently abundant. But the alternation between bare, ploughed ground and vegetated ground within one year, recurring either annually or every 2-3 years, which characterises intensively-used farmland, has as a consequence that the open field cannot be relied upon to support P. albimanus throughout the year - without the farm infrastructure of hedges and unused corners of land the species can be expected to disappear there. The current trend of combining fields into larger units, in which process hedgerow removal is an integral part, destroys this infrastructure, and P. albimanus cannot be predicted to occur in the consequent "prairie farming" landscape. Replacement of the stock-containment function of hedges by electric-fencing also serves to reduce hedge utility and hence hedge maintenance - in these circumstances hedges are at best useful as windbreaks, and at worst little more than ornament, so a farmer has little reason to invest time and money in their maintenance. The farm-landscape structures inherited from the traditional animal-farming regimes ubiquitous in Ireland are ideal for P. albimanus. As the infrastructural elements of that landscape deteriorate and disappear, the frequency of occurrence of P. albimanus on farmland here can be expected to diminish.

Clearings, tracksides, gardens, hedgerows; flies among bushes and shrubs and over low-growing vegetation of clearings etc.; males hover at 1 - 3m beneath trees etc.

April/October (March/November in southern Europe). Verlinden & Decleer (1987) detect four peaks for this species in Belgium, suggesting four generations per year there. Elsewhere in Europe either more or less generations might be expected, according to local conditions. Larva: described and figured by Dixon (1960); aphid feeding, on various low-growing plants and bushes. Larvae have also been found on trees, such as Abies and Malus. Larvae were found by Maibach (1993) on Phragmites, where they rested aligned with the long axis of the stem. Egg: Chandler (1968).

an der Goot (1981). In some recent literature, this species has been referred to as P. cyaneus (Muller). Vockeroth (1990), provides convincing argument as to why the name should revert to albimanus (Fab.). The adult insect is illustrated in colour by Kormann (1988), Stubbs and Falk (1983) and Torp (1994). This species is extremely similar in appearance to the southern European P. muelleri and the northern European P. nigrofemoratus and P. urakawensis. P. albimanus can be found on the wing with these species.

Greenland, Iceland, the Faroes (Jensen, 2001) and Fennoscandia south to Iberia and the Mediterranean; from Ireland eastwards through most of Europe into Turkey and European parts of Russia; in Siberia from the Urals to the Pacific coast (Kuril Isles); Philippines; in N America from Alaska south into Canada and western parts of the USA.  It is also common in much of Europe (except the south) and ranges widely through both the Palaearctic and Nearctic regions.

Recorded as occurring in Ireland in Coe (1953). P. albimanus is probably the most abundant and generally distributed syrphid in Ireland at present.