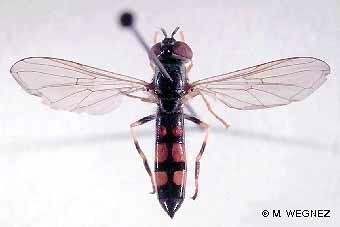 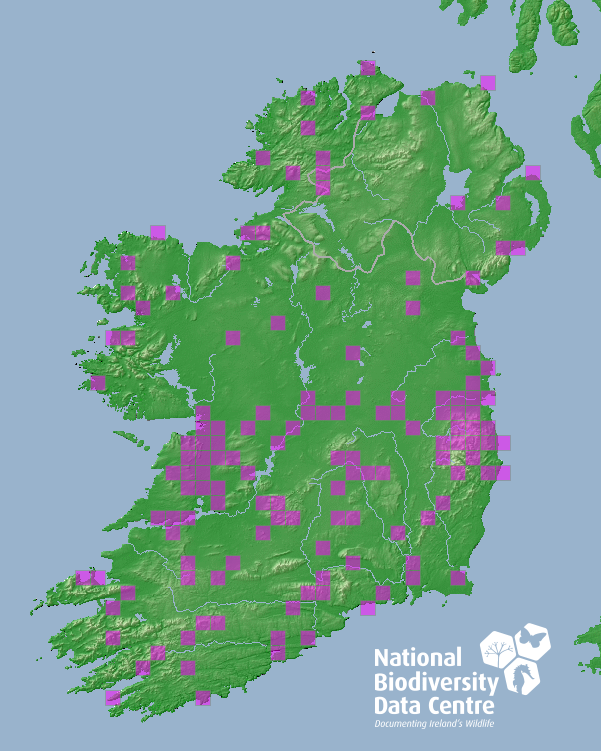 Wetland; fen, rich fen and marsh, humid, unimproved grassland subject to seasonal flooding. P. angustatus is typically a species of wetland and humid, seasonally flooded grassland. It is frequent in fen, but in bogs is largely restricted to the edges of raised bog and more base-rich flushes and stream-sides in blanket bog. General land-surface drainage is inimical to the survival of this insect and it is absent from most farmland as a result. Neither is P. angustatus an inhabitant of deciduous woodland or conifer plantation, except where they enclose open areas of wet grassland/wetland. Similarly, the species is not normally found within hedgerows or gardens.

Flies among dense, tall vegetation of fenland, e.g. Cyperaceae; males hover within 2m of the ground, over paths etc.; more easily detected by use of a sweep net, than by direct observation.

May/September. Larva: described and figured by Rotheray (1988a), from herb layer plants. Chambers et al (1986) refer to having collected larvae of this species from crops of winter wheat.

Fennoscandia south to northern Spain; from Ireland eastwards through northern and central Europe into European parts of Russia; through Siberia from the Urals to the Pacific coast (Sakhalin Is.); in N America from Alaska to Quebec and south to Washington. P. angustatus is more-or-less generally distributed in Ireland and not infrequent. The same is true of this species in other parts of Europe's Atlantic seaboard from northern France northwards, in much of northern Europe and in appropriate habitats in the humid, montane zone of central Europe. Further south, the species is much more localised. It ranges far beyond Europe, through Siberia to the Pacific and also occurs widely in the Nearctic.

Recorded as occurring in Ireland in Coe (1953), but at that time this species was confused with P. occultus, P. ramsarensis and other related species. The presence of this species in Ireland was confirmed by Speight and Goeldlin (1990).