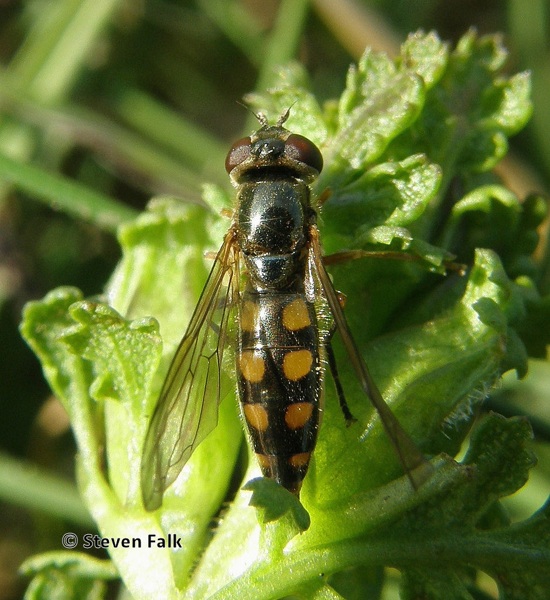 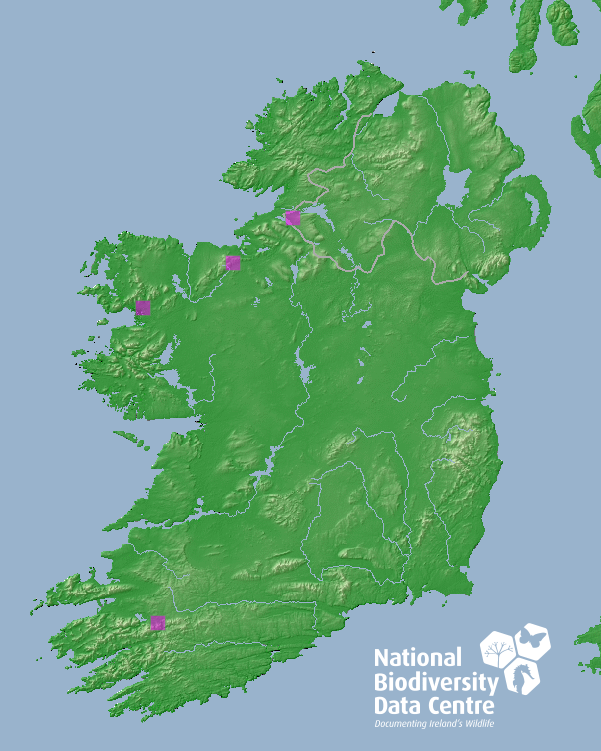 Wetland/open ground; acid fen, margins of oligotrophic lakes, rivers and brooks in unimproved grassland, taiga and moor; unimproved montane and alpine grassland. The few Irish records of this syrphid are from humid, unimproved grassland in the west. Two of them are from traditional hay meadows, which have now disappeared. The others are from grassland strips along streams/small rivers, within blanket bog. P. podagratus is particularly a species of small sedge beds in upland marshes, for instance along the shores of montane and subalpine lakes. Loss of unimproved hay meadows and overgrazing of its other habitats in Ireland by sheep, particularly severe during the last part of the 20th century, could easily have led to virtual eradication of this species.

Flies low among ground vegetation of Briza, Carex, Juncus etc., usually close to water; as easily detected by use of a sweep net as by direct observation.

End May/mid July and on to mid August at higher altitudes. Larva: not described, but illustrated in colour by Rotheray (1994).

From the Faroes (Jensen, 2001) and Fennoscandia south to the Pyrenees; from Ireland eastwards through northern Europe and mountainous parts of central Europe into Russia and on to SE Siberia; in N America from Alberta and Ontario. Further north in Europe P. podagratus is frequent (to as far north as northern Norway). It is also frequent in the Alps and has a wide range beyond Europe, through Asiatic parts of the Palaearctic and in N America. It is, however, absent from the Atlantic zone of Europe further south than Denmark, except for in Britain and Ireland.

Recorded as occurring in Ireland in Coe (1953), but at that time this insect was confused with other European Platycheirus species. The presence of this species in Ireland was confirmed by Speight and Goeldlin (1990). P. podagratus appears to have been largely confined to the northwest of the island. There are very few records of the species from Ireland during the last 50 years and it would validly be classed as endangered here. It is a candidate for inclusion on any listing of insects requiring protection throughout the island.