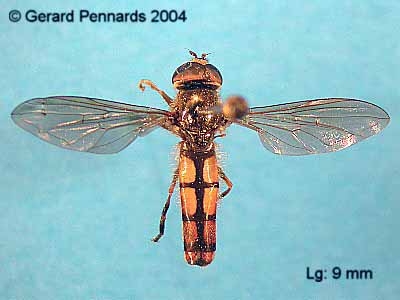 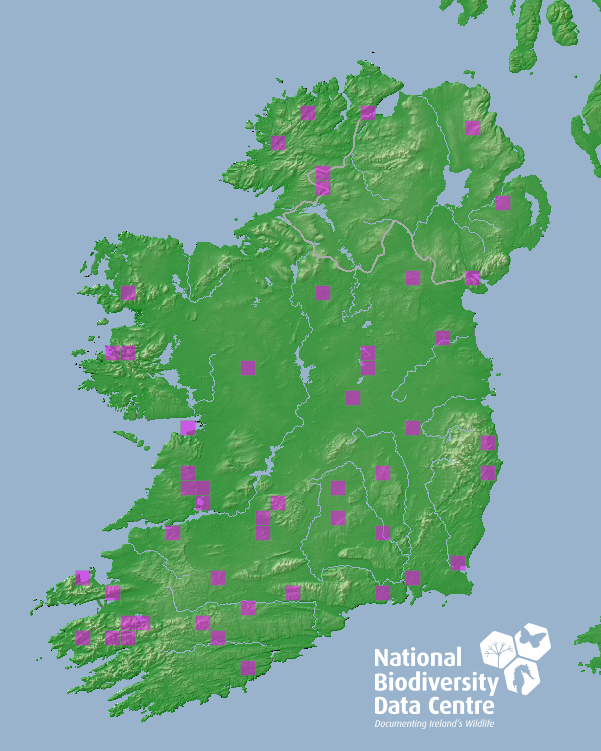 Wetland; fen, including coastal fen and river margins; salt-marsh. P. scambus is a syrphid of tall, dense reed-bed type vegetation, and occurs in Ireland in all wetland types from saltmarsh (where it occurs with Spartina beds) and coastal lagoons to flushes in blanket bog. It can occur with tall herb vegetation like Iris beds, in addition to tall grasses and sedges, and may be found where tall marginal vegetation occurs along the edges of rivers, pools or lakes, away from strictly wetland situations. This is not a species of forest, conifer plantation or the standard farm landscape of green fields and hedges. Neither does it occur in suburban gardens.

Flies among tall emergent and water margin vegetation, characteristically within a few metres of standing or slow-moving oligotrophic or mesotrophic water; males hover up to 3m, beside Salix bushes etc. close to water.

End May/mid July and August/September. Larva: described and figured by Rotheray (1988a).

From Fennoscandia south to central France; from Ireland eastwards through northern and central Europe to European parts of Russia and on to the Pacific coast (Sakhalin); in N America from Alaska to Quebec and south to California. It is frequent in northern Europe, but further south becomes confined to lakeside reed beds and alluvial wetlands on the floodplains of major rivers. It ranges widely beyond Europe, through Asiatic parts of the Palaearctic and in the Nearctic.

Recorded as occurring in Ireland in Coe (1953). P. scambus is widely distributed and not threatened, in Ireland.