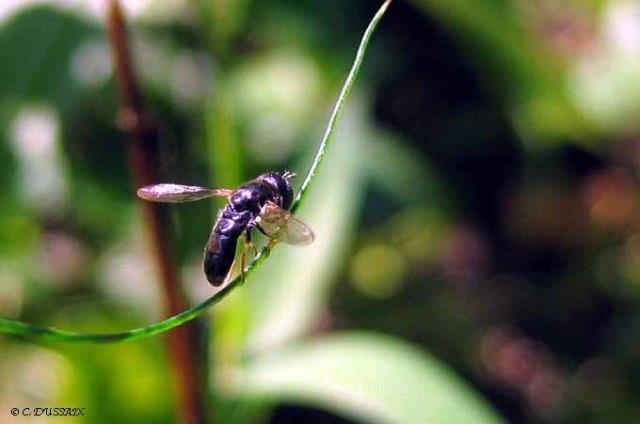 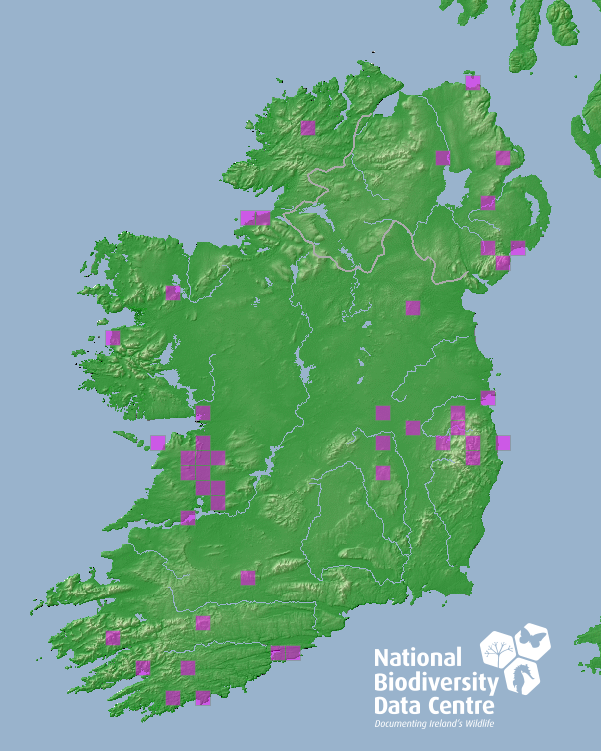 Forest/open ground/wetland; unimproved grassland (calcareous and noncalcareous), heathland, including montane/subalpine heath, garrigue, dune grassland, open areas and pathsides in forest up to the Larix/Pinus uncinata zone, fen meadow. In Ireland, this open-ground insect is largely confined to heath, heather-dominated areas of partially-drained raised bog, Molinia grassland and limestone pavement grassland. It does not occur in improved or intensive grassland and does not seem to occur along field or hedge margins. Neither has it been recorded from suburban gardens. It thus has to be regarded as a largely anthropophobic species here.

May/September, with peaks in June and August (plus March/April and October in southern Europe). Larva: aphid feeding on various herbaceous plants, including some crops (at least in southern Europe), such as Beta, Cynara and Vicia species (Rojo and Marcos-Garcia, 1998); described and figured by Goeldlin (1974), from a larva collected on Knautia. The larva is of this species is also illustrated in colour (from a preserved specimen) by Rotheray (1994) and (from living material) by Bartsch et al (2009a).The larva described by Dixon (1960) as that of P. tibialis (Fall.) is the larva of P. haemorrhous.

From northern Norway south to Iberia and the Mediterranean (including Sicily and Malta); N Africa, Israel and Turkey; also in the Afrotropical region; from Ireland eastwards through central and southern Europe (Italy, the former Yugoslavia) into European parts of Russia; in N America from the Yukon south to Costa Rica. This species has a vast world range and occurs over most of Europe, becoming more frequent towards the south, where it also occurs in association with certain crops.

Added to the Irish list by Speight (1978a). Irish records of P. haemorrhous are scattered round much of the island, but it is not a frequent species here. Even so, it would not be justified to regard it as under threat in Ireland.