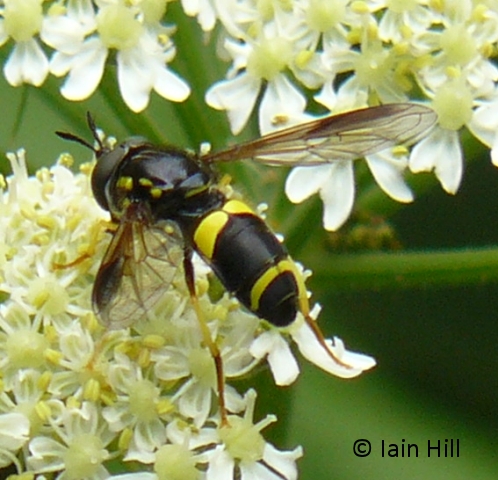 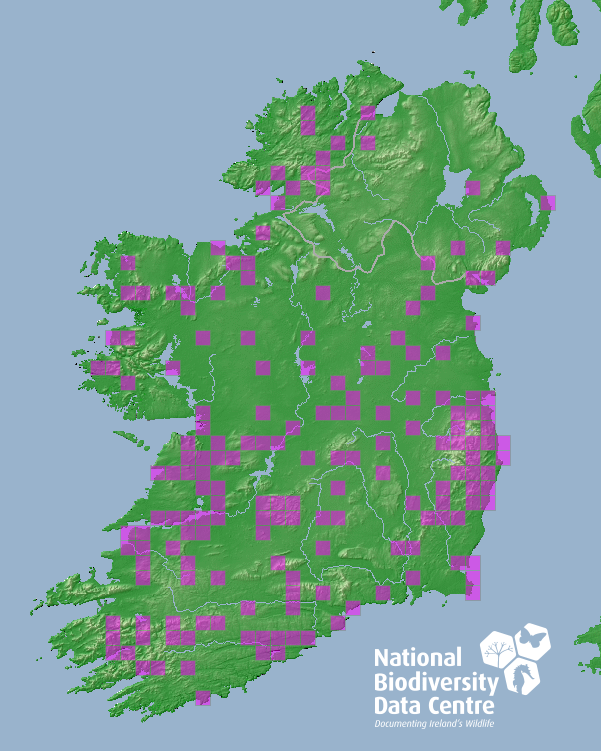 In Ireland, C. bicinctum occurs in a very wide range of lowland situations, including dune grassland, limestone karst grassland, poorly-drained Molinia grassland, the edge of raised bogs, fen, open areas in Quercus woods and conifer plantations and beside streams or lakes in improved pasture. Even the latter example involves at least a narrow strip of more-or-less undisturbed soil, but this range of habitats is otherwise quite heterogenous and encompasses mineral and organic soils, both well-drained and poorly-drained. It is only generally absent from higher altitudes, closed-canopy conifer plantations, the general surface of bogs and improved grassland, croplands and the urban environment. It can persist locally in the standard Irish farmland landscape of green fields and hedges, where there are old-established field margins.

Among streamside and fen vegetation; flies fast and low; males hover at 2 - 3 m along streams; settles on low-growing vegetation and bushes.

End May/September. Larva: undescribed, but has been reared on a diet of aphids in the laboratory (Rotheray and Gilbert, 1989).

Fennoscandia south to Iberia and the Mediterranean, including N Africa; through central and southern Europe (Italy, the former Yugoslavia, Bulgaria) into Turkey and European parts of Russia; in Asiatic parts of Russia as far as central Siberia.

Recorded as occurring in Ireland in Coe (1953). C. bicinctum is common and generally distributed in Ireland and ranges through most of Europe into Siberia and south round the Mediterranean into North Africa.