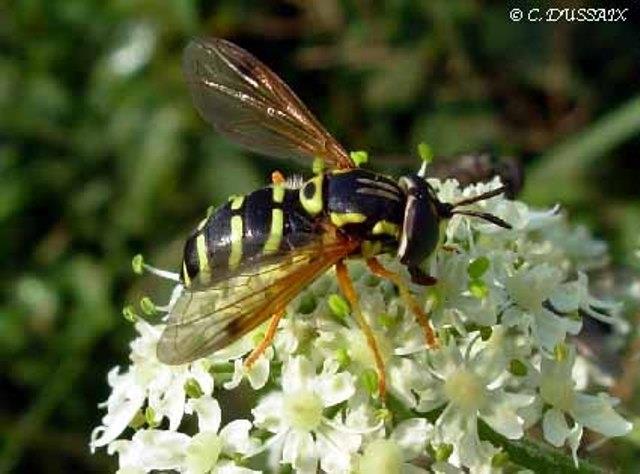 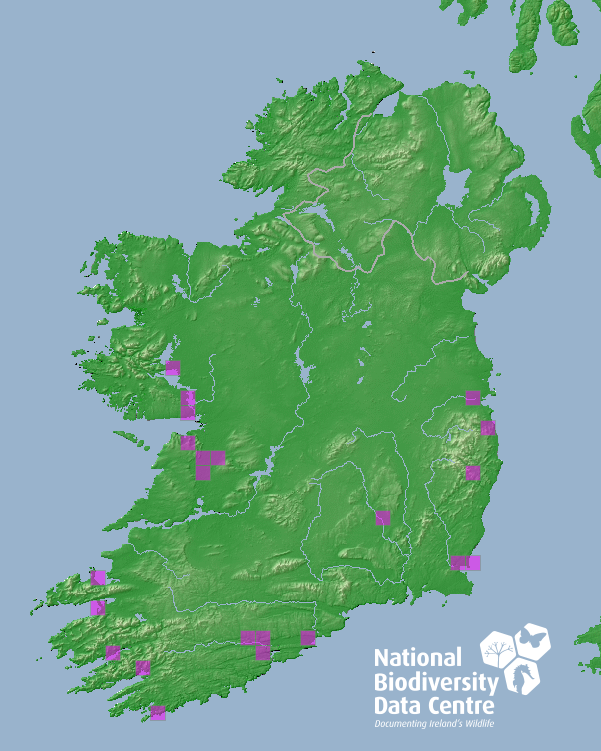 Forest/open ground, open areas in scrub woodland and deciduous forest; unimproved grassland with scrub. In Ireland C. festivum occurs almost exclusively on sites with undisturbed, well-drained, mineral soils. In consequence, apart from a few records from open areas in deciduous woods, it is known only from the limestone karst grasslands and coastal dune systems. "Improvement" of grassland, entailing as it does reseeding, cultivation and fertiliser use, is clearly inimical to this insect's survival, presumably due to the adverse effects of these practices upon ant populations and the grass-root aphid colonies they maintain. It has to be regarded as an anthropophobic insect in Ireland.

May/September, with peaks in June and August. Larva: puparium described and figured by Speight (1976), who found the mature larva with the ant Lasius niger, beneath a stone in Corylus/Prunus scrub on old pasture.

van der Goot (1981). The confused history of the use of the name festivum (L.) has made European literature on this species almost unusable.

Fennoscandia south to Iberia and the Mediterranean,including N Africa; from Ireland eastwards through much of Europe into Turkey and European parts of Russia; through Siberia to the Pacific coast; Japan; northern India.

Recorded as occurring in Ireland in Coe (1953). C. festivum is known in Ireland only from low altitude sites in the southern half of the island, mostly near the coast. While there are a number of 20th century records, few of them are recent and the progressive habitat loss during the last 25 years, especially in dune grassland, can only have caused diminution in C. festivum populations. This insect seems to have become threatened quite rapidly and would now require consideration for inclusion on national lists of insects requiring protection in Ireland. Elsewhere in Europe, particularly central and southern Europe, C. festivum is generally distributed and frequent. Its range extends well beyond Europe, in Asia and North Africa.