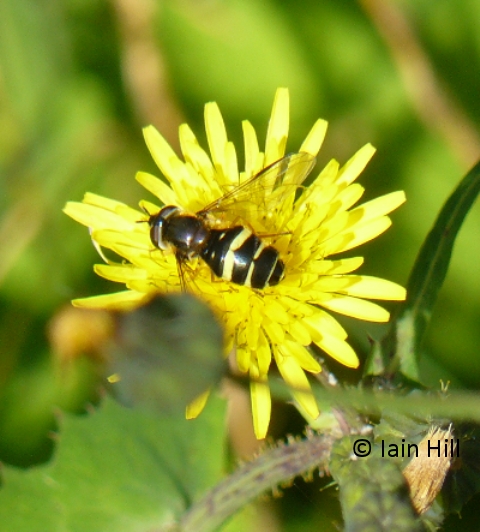 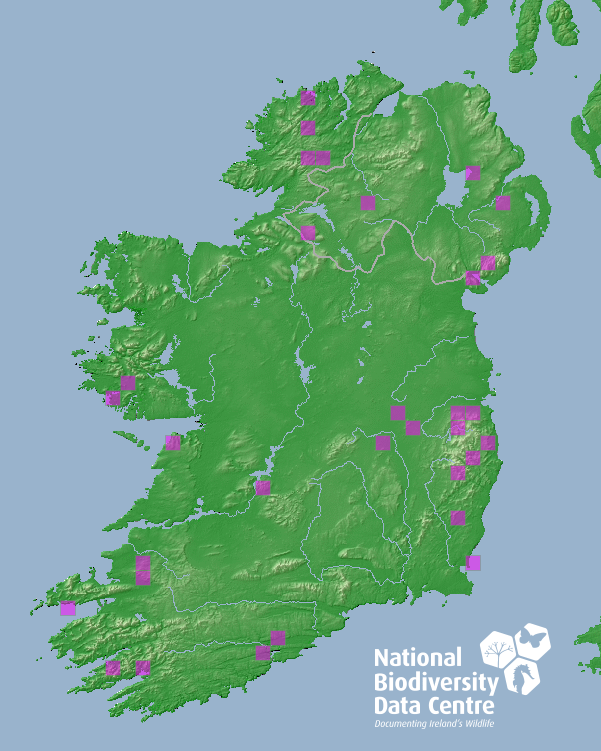 Deciduous forest, coniferous forest and conifer plantations; in particular Picea plantations and areas of scrub Betula in sheltered locations (e.g. associated with stands of mature coniferous or deciduous trees), but can occur in a wide range of deciduous woodland situations. This is an enigmatic species, in that the adults are rarely encountered other than as isolated individuals. In mature woodland this might be attributed to them flying more at canopy level than within reach of an observer, but in scrub the species also occurs only as isolated specimens. Birch (including scrub) and oak woodland and conifer plantation are the main habitats with which the species has been found in Ireland, and this would be consistent with its habitats in continental Europe.

April/October, with pronounced peaks in April/May (Belgium) or May/June (Ireland) and August/ September and very few records from the intervening period. Larva: has been observed predating sawfly larvae on Picea and lepidopterous larvae on deciduous trees (Gabler, 1938, Friederichs et al, 1940); features of the larva are described and figured by Dixon (1960) and the larva is illustrated in colour by Rotheray (1994). Egg: features described and figured by Chandler (1968).

Iceland south to the Pyrenees and northern Spain; from Ireland and Fennoscandia eastwards through much of central and northern Europe and Russia to the Pacific coast and Japan. Neither is it regarded as threatened elsewhere in Europe. D. tricinctus has an extensive range both in Europe and in Asiatic parts of the Palaearctic region.

Recorded as occurring in Ireland in Coe (1953). For whatever reason, there are few records of this species from central and western parts of the island. Nonetheless, D. tricinctus is known from Donegal to Kerry and Galway to Wexford, and is not infrequent. Certainly, it is not a threatened insect in Ireland at present.