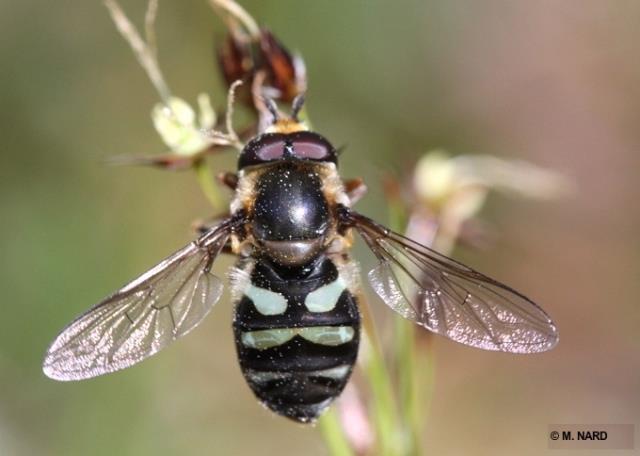 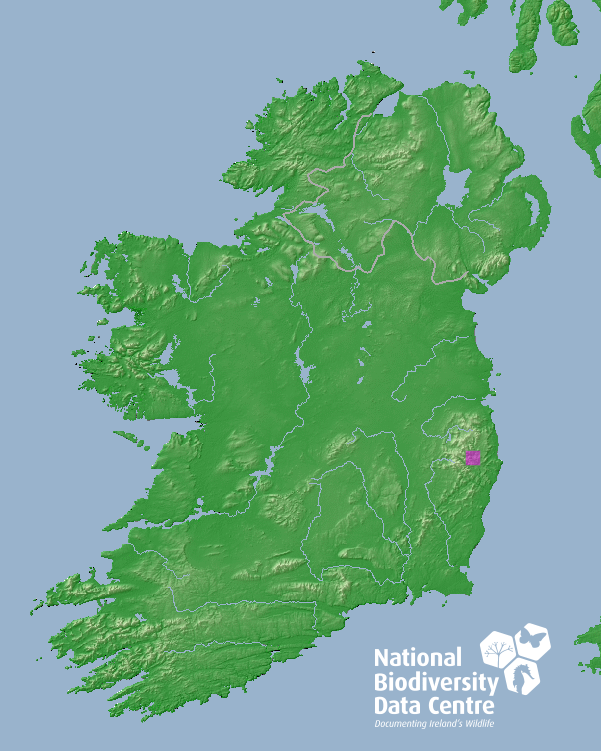 Primarily arboreal, but descends to visit flowers at the edges of clearings, along tracks, beside streams etc. Males hover at 3-4m beside trees, or between their branches. In other syrphids, hovering is normally carried out with the long axis of the body more or less parallel to the ground surface, but D. alneti can hover at a strongly inclined angle, with its head high.

Mid May/early September. Larva: Dusek and Laska (1967) figure features of the arboreal larva. Larvae of this species have been found on Larix, Prunus, Salix and Quercus.

In the collections of SI

Northern Fennoscandia south to northern France; from Ireland eastwards through central Europe and across Russia to the Pacific coast, Japan and Korea; Mongolia; in N America from Alaska south to Colorado.

Recorded as occurring in Ireland in Coe (1953). The sole Irish specimen known of this species, collected by Stelfox, carries no habitat information on its data labels. The general characterof the locality from which that specimen is derived (Clara, Co.Wicklow), together with what is known of the ecology of the species elsewhere, suggests it is likely to have come from riverside conifer plantation. There is no obvious reason why it would have disappeared from there, or why it would not occur elsewhere in similar situations in Ireland (see also under Melangyna compositarum). However, the species seems to have been declining in western Europe in general during the present century (in Britain it is nearly extinct now). On the continent, this species occurs in association with conifers, especially Abies, but it does not seem to have been able to colonise Irish conifer plantations. As the only Irish record dates from more than 50 years ago and D. alneti has to be regarded as probably extinct in Ireland. In case it persists here, it should be included on any listing of insect species requiring protection in Ireland.