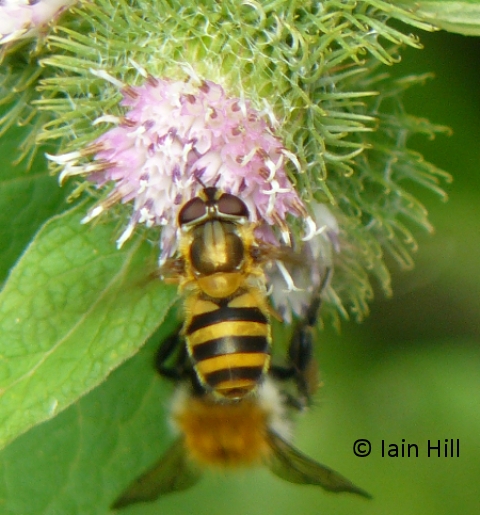 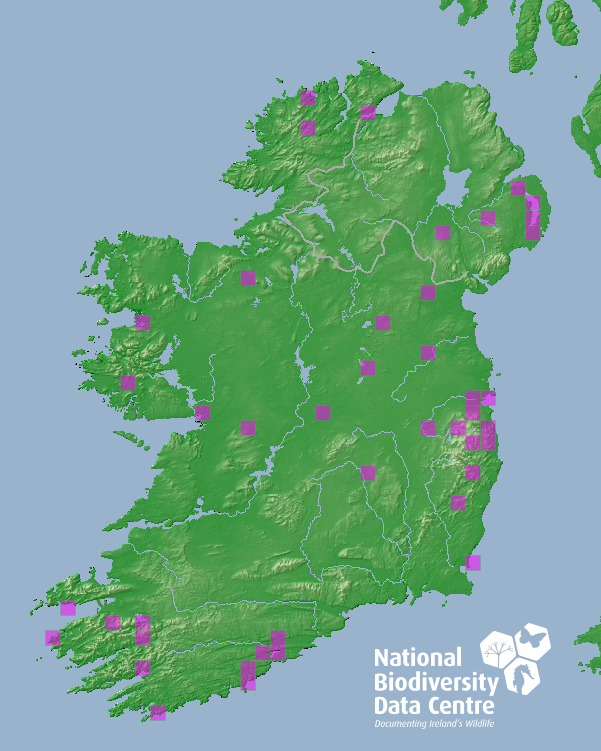 Deciduous forest, particularly along rivers and streams, including Salix swamp woodland; also alpine grassland. In Ireland this species seems to be found primarily in association with humid, tall herb communities rather than in more open grassland with tall herbs like thistles, or in open areas in woodland - situations in which it can occur in continental Europe. It does not occur in the standard Irish farmland landscape of green fields plus hedges, or in conifer plantations, or in suburban gardens and parks. The general land surface drainage, which accompanies current trends in intensification of use of farmland, can only have caused diminution in the frequency of this insect.

Clearings, tracksides and beside streams etc.; adults fly at up to 3m; males hover at 2-5 m over tracks etc.

End June/September, with males predominating in June and females continuing on into September. Larva: described and figured by Rotheray (1986) and figured in colour by Rotheray (1994), from larvae collected on Acer pseudoplatanus; aphid feeding; Dixon's (1960) material identified as E. grossulariae was wrongly determined. Chambers et al (1986) refer to having collected larvae of this species from winter wheat crops. Mazánek et al (2001) include this species in their key to the third stage larvae of European Epistrophe.

Fennoscandia south to Spain; from Ireland eastwards through Eurasia to Kamchatka; Italy; the former Yugoslavia and Turkey; across N America from Alaska to Quebec and south to California.

Recorded as occurring in Ireland in Coe (1953). Although E. grossulariae has been recorded from many parts of Ireland, the species has not been seen frequently, particularly recently. It is possible that this species is undergoing a rapid decline in Ireland, but the available data are inadequate to demonstrate this. E. grossulariae could not be regarded as under threat here at present, but its status probably requires re-assessment in the short term.