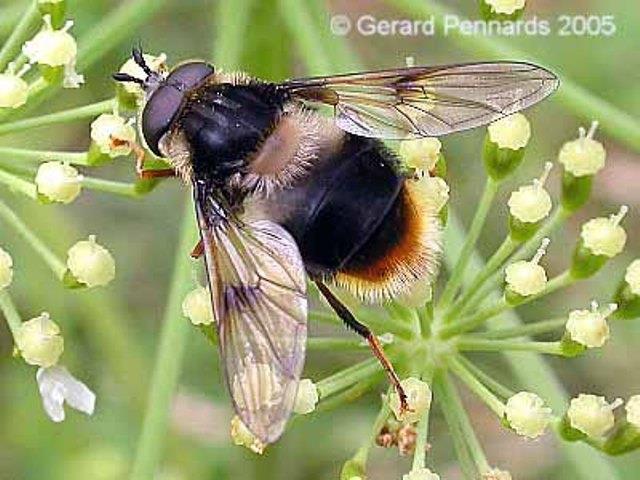 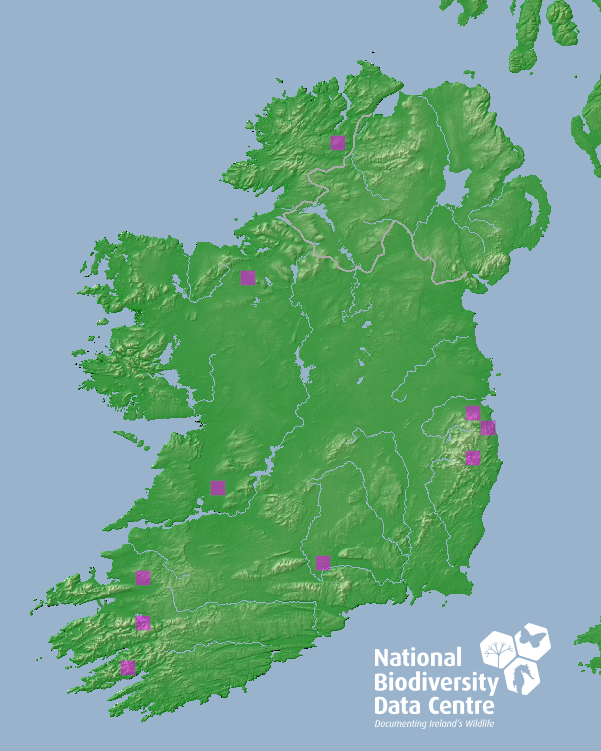 Forest; mature Picea/Abies forest and plantations. E. syrphoides is dependent upon aphids associated with conifer plantations in Ireland. It is a striking looking species, and unlikely to have been long overlooked prior to its first recorded occurrence (Speight, 1998). It occurs with a narrower range of conifers than E.erratica, being primarily an Abies/Picea insect. But the planting of Picea species is widespread in commercial forestry plantations here, and, as these plantations mature, it might be expected that E. syrphoides would become more frequent. The fact that it is recorded from both counties Cork and Dublin indicates it must have already reached widely scattered localities in the island.

Largely arboreal, descending usually to understorey trees and shrubs in flower, to feed.

May/October, with peaks at end May/mid June and end August/beginning September. Larva: arboreal, known to feed on aphids on Picea (Kula, 1983). Figured in colour and distinguished from larvae of related genera and from the larva of E. erratica, in the keys of Rotheray (1994).

Southern Norway, Sweden and Finland south to France (Vosges, Alps, Pyrenees), from Ireland eastwards through central Europe (and northern Italy: Aosta) into European parts of Russia and on through Siberia to the Pacific coast.  E. syrphoides occurs widely, and not infrequently, in central Europe and its range extends beyond Europe through Asiatic parts of the Palaearctic region to the Pacific. However, E. syrphoides does not seem to occur in the Nearctic.

Added to the Irish list by Speight (1998). Given that E. syrphoides may well have arrived in Ireland only recently, the few Irish records cannot be regarded as indicating that the species is under threat in Ireland. From the fact that E. syrphoides is known from two such widely separated parts of Ireland it can be concluded that it has successfully established itself here.