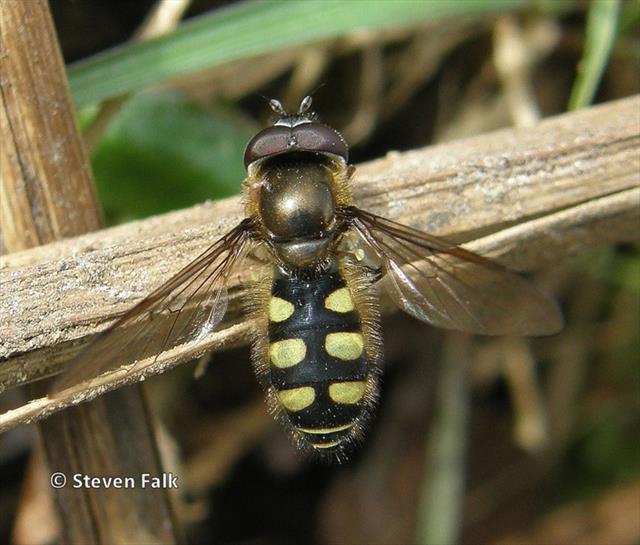 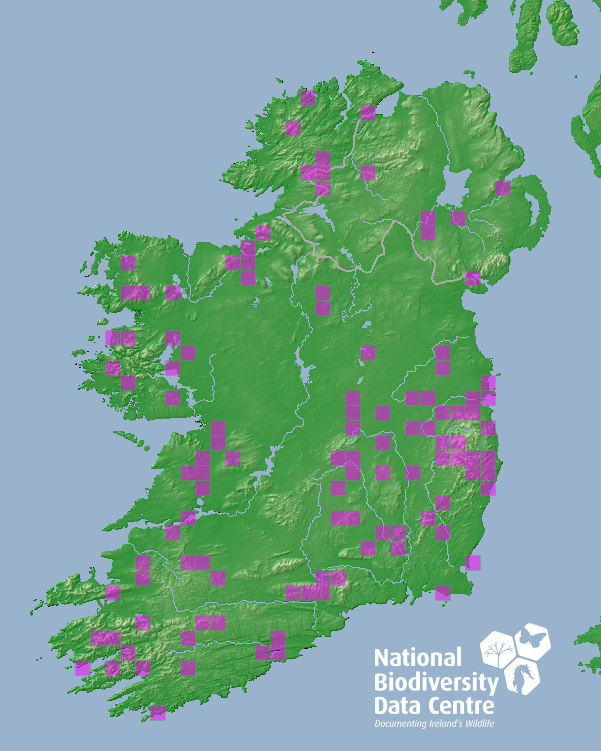 Edges of clearings, tracksides etc.; largely arboreal, females flying round tree foliage from 2m upwards; descends to visit flowers and frequently settles on the trunks of standing trees, in the sun; males hover over tracks, in glades etc., from 2m upwards.

March/June and on into July at higher altitudes/more northerly latitudes. Larva: described and figured by Goeldlin (1974), who found larvae on yellow gentian; aphid-feeding. Figured in colour and separated from larvae of some other Melangyna species in the keys of Rotheray (1994). Egg: Chandler (1968).

Recorded as occurring in Ireland in Coe (1953). M. lasiophthalma is a widely distributed and frequent, early spring species in Ireland.