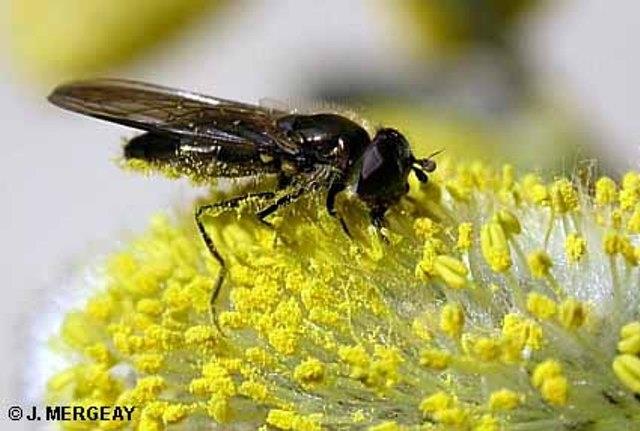 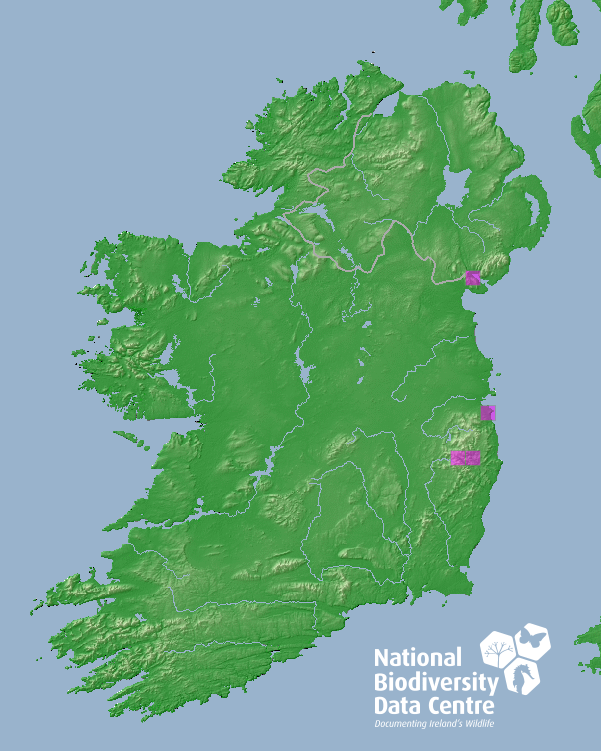 Old deciduous forest, humid Fagus and Quercus, in particular. Can also occur in extensive urban/suburban parks in which overmature/mature trees have been retained. This species has only been found in Ireland in association with relict patches of mature oak forest. It is not recorded from conifer plantations. It is one of the earliest syrphids on the wing, but not early enough to use Corylus flowers, which it apparently uses in central Europe. In Ireland, M. quadrimaculata uses flowers of Salix species as a food source.

Primarily arboreal, but descends to visit trees and shrubs in flower, usually at sheltered locations within woodland; normally uses taller trees in flower, when these are available

End February/end April. Larva: described and figured by Rotheray (1988a), from larvae collected on Abies alba, and figured in colour and separated from larvae of some other Melangyna species in the keys of Rotheray (1994). This species apparently overwinters as a puparium.

Recorded as occurring in Ireland in Coe (1953). M. quadrimaculata exhibits a relict distribution pattern in Ireland and can very reasonably be categorised as threatened here. It would be a candidate for inclusion on any listing of insects requiring protection at national level.