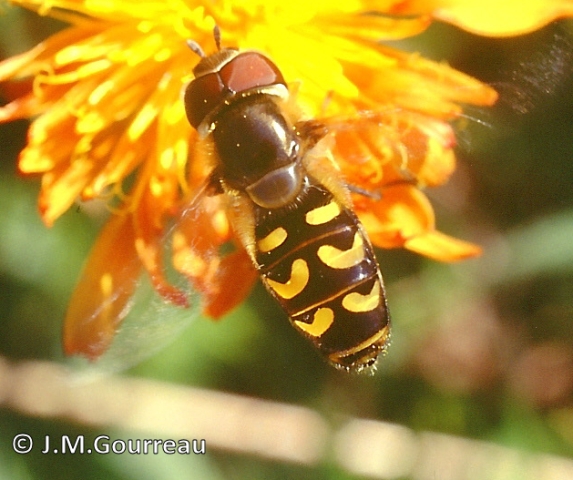 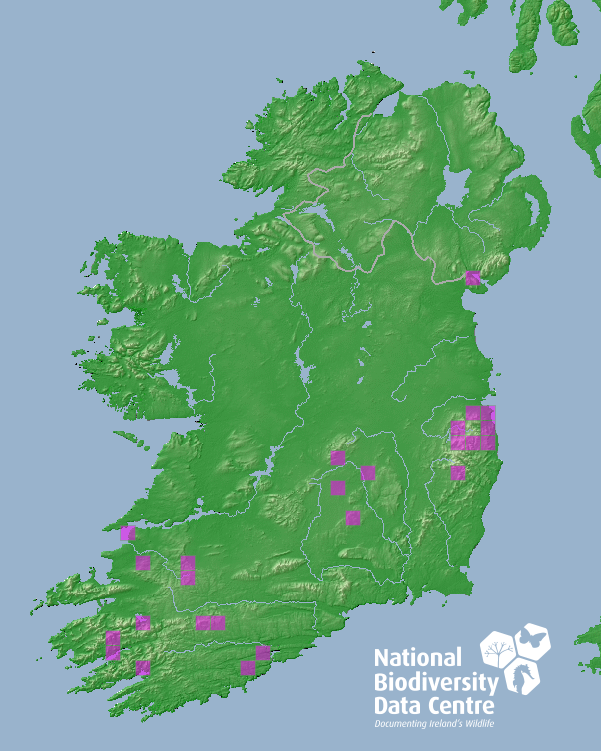 Most types of deciduous forest, including scrub woodland and orchards, plus evergreen Quercus ilex forest in southern Europe. In Ireland S. selenitica was until recently primarily a deciduous woodland syrphid, found with both oak forest and Betula/Salix scrub. But it was then found once in young Sitka spruce plantation in 2002 (Gittings et al, 2005) and subsequently found to be widespread in conifer plantations in southern parts of the island, from where it is evidently extending its range. It can also occur in association with mature suburban gardens around Dublin. This mix of habitat associations might be expected to ensure that this species will become both frequent and widely distributed in Ireland, assuming its range does continue to expand here. It is difficult to argue that the recent expansion of this species in Ireland may be associated with climatic warming, because S. selenitica has for a long time been known in northern Europe to as far north as Lapland - though whether it maintains year-round populations that far north is unclear. In Ireland, there is evidence that this species is resident (Speight, 1985a), in contrast to S. pyrastri.

Clearings, tracksides etc.; fast-flying, making a distinctive, high-pitched whine while investigating flowers etc.; usually flies within 3m of ground; settles on foliage of bushes and shrubs in the evening, to sun itself; males hover at 2 - 4m in clearings.

March/September over much of Europe, but June/September in montane regions and the existing descriptions of the larva of this species all predate reinstatement of the closely similar S. dignota as a distinct (and widely distributed) European species, and could thus be based on either S. dignota or S. selenitica. But the description provided by Dixon (1960) has the virtue that it is based on material from part of Europe (Britain) where S. dignota does not seem to occur and can thus be presumed to refer to S. selenitica. Even though diagnostic features of the last instar larva and puparium of this species have more recently been given and figured by Laska et al (2006), who also provide a key separating both its larvae and puparia from those of the other Scaeva species known from Europe, it is apparent that the developmental stages of S. dignota and S. selenitica remain virtually indistinguishable (see under S. dignota). Speight et al (1986) also figure features of the puparium. The larva is aphid feeding, on shrubs and trees; Kula (1982) reports larvae of this species as overwintering among leaf litter of the floor of spruce (Picea) forest.

See key provided in StN Keys volume; Dusek & Laska (1985); Speight et al (1986). Until recently, this species has been confused with S. dignota (Rond.) in southern Europe and Asia. The male terminalia are figured by Dusek and Laska (1985). The adult insect is illustrated in colour by Stubbs and Falk (1983) and Torp (1994).

From Fennoscandia and the Faroes (Jensen, 2001) south to Iberia and the Mediterranean, including N Africa; from Ireland eastwards through much of Europe into Turkey and European parts of Russia; from the Urals through Siberia to Cis-Baikal and on to Sakhalin and the Kuril Isles. It ranges widely through the Palaearctic, from northern Norway to North Africa and across Siberia to the Pacific and is common in parts of the Atlantic and continental zones of Europe.

Recorded as occurring in Ireland in Coe (1953). Until recently Irish records of S. selenitica were clumped in two parts of the island, around Dublin and in the south-west, areas widely separated from each other. But it appears to be expanding its range currently, and is occurring more frequently, in conifer plantations that "fill the gap" between the south-west and Dublin. More survey would be required in the north-west of the island to establish how far it has now spread.