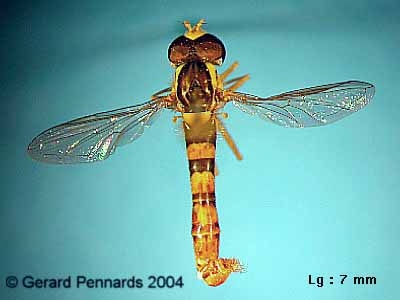 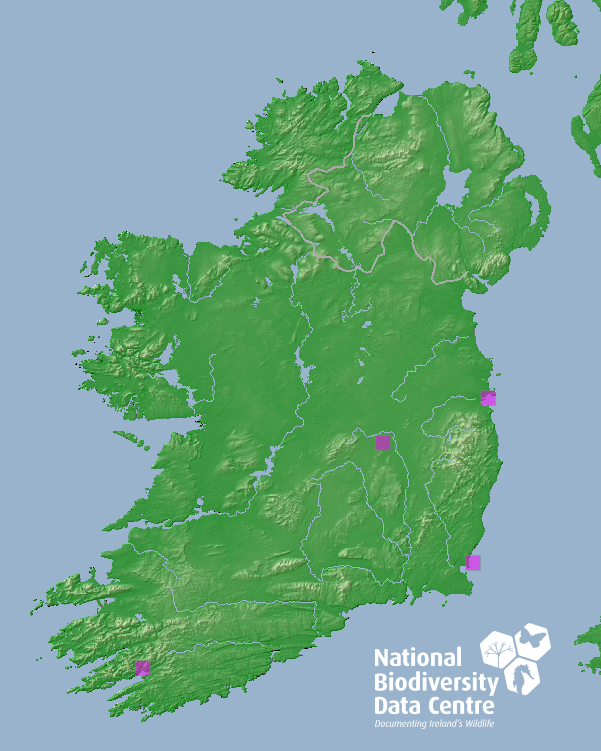 Forest; open areas in humid Pinus forest and scrub, up to and including P. uncinata forest in the Pyrenees; Myrica scrub and mesophilous Fagus forest. The habitat associations of this species remain poorly defined, both in Ireland and elsewhere, a problem compounded by difficulties of identification which render some published information questionable. Suffice it to say that S. batava is an anthropophobic species that has been found in Ireland in open patches within various woodland situations. It seems to occur on generally well-drained sites, round the edges of small clearings where areas of feeble ground-water upwelling occur, sufficient to trigger a vegetation cover change but not sufficient to result in standing or running water at the ground surface. Another feature of its occurrence in Ireland is that it has not been found consistently at any one site. All Irish records are of single males from sites where the species has not been refound subsequently. This is consistent with patterns of occurrence of a number of other European Sphaerophoria species, namely a tendency to occur only temporarily on a site, with early seral stage/transitory tall-herb vegetation that is rapidly superseded by other denser, more perennial vegetation. However, S.batava is not necessarily a transitory species - in its one known locality in western Switzerland it occurs regularly and abundantly in small glades in an extensive, extremely dry Pinus sylvestris forest on an alluvial, sandy soil, where the water table is nonetheless close to the ground surface. In Britain it is "most frequently found on heathland, or along open rides in conifer plantation" (Ball et al, 2002), and it is tempting to postulate that the natural home of P.batava in Ireland was the now lost pine forests. However, it shows no evidence of colonising tracks and open areas in conifer plantations in Ireland.

Clearings, tracksides etc., usually in the vicinity of wet flushes etc., but can occur in apparently dry clearings; flies fast through vegetation, within 1m of the ground; settles on foliage.

van der Goot (1981) who figures the male terminalia; Speight (1988a). The most comprehensive keys to Sphaerophoria species in which S. batava is included are those of Haarto and Kerppola (2007a) and Bartsch et al (2009a). The male is illustrated in colour by Haarto and Kerppola (2007a), Bartsch et al (2009a) and Torp (1994). Bartsch et al (2009a) also provide a coloured illustration of the female abdomen. A useful feature in the identification of the male of this species is that the long hairs on the yellow lateral margins of abdominal tergites 3 and 4 are all, or predominantly black, whereas these hairs are all, or nearly all yellow in the male of S. taeniata (this distinction cannot be used for the females).

As yet uncertain, due to confusion with related species until recently, but recorded from Fennoscandia south to the Pyrenees and from Ireland eastwards through central Europe to the Alps (Switzerland, Liechtenstein, Austria). Elsewhere in Europe, it is probably most frequent in other parts of the Atlantic zone and records, though sparse, are scattered from northern Norway to the Pyrenees and through much of the continent to the Balkans.

Added to the Irish list as S. taeniata (Mg.), by Speight et al (1975). A further Irish record was published by Nash and Speight (1976). It was indicated by Speight (1985a) that all Irish material previously identified as S. taeniata belonged to S. batava, so that S. taeniata should be removed from the Irish list. There are very few Irish records of S. batava and it can justifiably be regarded as threatened here. It is a candidate for inclusion in any listing of Irish insects requiring protection throughout the island.