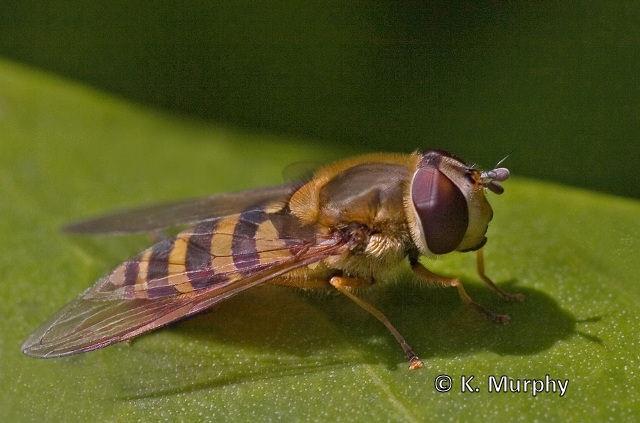 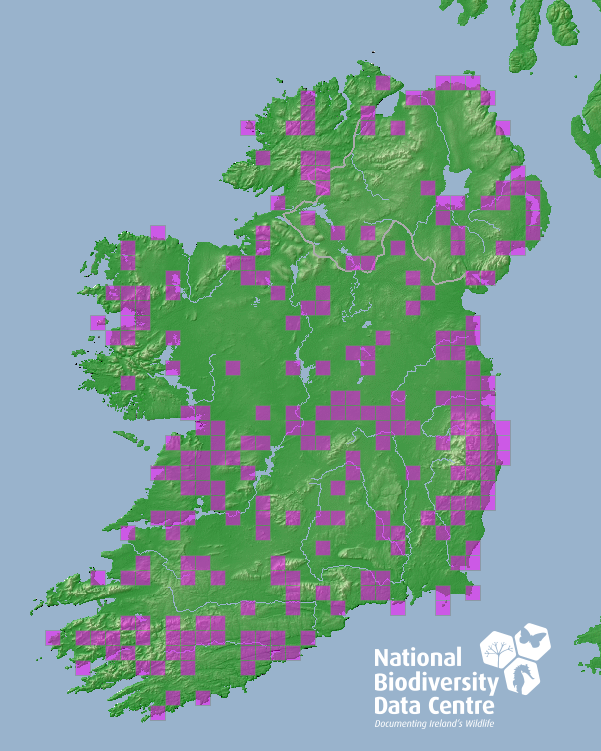 Anthropophilic, occurring in farmland, orchards, horticultural land, suburban gardens and parks, conifer plantations; also in most types of deciduous and coniferous forest. The original habitats of this species are probably deciduous forest margins and open areas within deciduous forest, but it is today a thoroughly anthropophilic species in Ireland, typical of the standard farmland landscape of green fields and hedges. It is also a frequent garden, park and orchard insect and can occur along vegetated track margins in conifer plantations. This is typical of its occurrence elsewhere in the Atlantic seabord countries of Europe.

April/mid November (plus March in southern Europe), with peaks in May and August. described and figured by Dusek & Laska (1964); aphid feeding on various herbaceous plants (e.g. Carduus, Eryngium, Sonchus, umbellifers), including some crops (Beta, Triticum, Vicia, Zea), bushes (e.g. Rubus spp.) and shrubs. The larva of this species apparently occurs in a number of distinct colour forms, as illustrated in colour by Rotheray (1994) and Bartsch et al (2009a). Egg: Chandler (1968). The morphology of the chorion of the egg is figured by Kuznetzov (1988). Laboratory culture detailed by Bombosch (1957).

Visits a wide range of yellow, white, pink and blue flowers, including composites and umbellifers and the flowers of many trees and shrubs (see extended list in de Buck, 1990).

See Key provided in StN Keys volume; Goeldlin (1996), Haarto and Kerppola (2007a), Bartsch et al (2009a). Whether the enigmatic, European, female specimens referable to S. rectus O.S. represent a distinct species or a variant of S. vitripennis is as yet unclear, but whatever they represent, using existing keys except those of Speight (1988a) and Goeldlin (1996) such specimens would be misdetermined as S. ribesii, since their legs are yellow as in female S. ribesii. They may easily be distinguished by the large areas bare of microtrichia on their wings, which are entirely covered in microtrichia in S. ribesii. Boyes et al (1971) show that over much of Europe there are two chromosome races of S. ribesii, as currently defined, one with 2n = 8, the other with 2n = 10. It is not known if these races have any taxonomic significance. The male terminalia are figured by Dusek and Laska (1964). The adult insect is illustrated in colour by Colyer and Hammond (1951), Kormann (1988), Stubbs and Falk (1983), Torp (1994) and Bartsch et al (2009a).

From Iceland and Fennoscandia south to Iberia and the Mediterranean; Canary Isles; from Ireland eastwards through most of Europe into Turkey, European parts of Russia and Afghanistan; from the Urals to the Pacific coast (Kuril Isles); Japan; N America from Alaska south to central parts of the USA. This species is highly migratory. It is a Holarctic species, ranging almost throughout the Palaearctic and Nearctic regions.

Recorded as occurring in Ireland in Coe (1953). S. ribesii is common and generally distributed both in Ireland and over most of Europe.