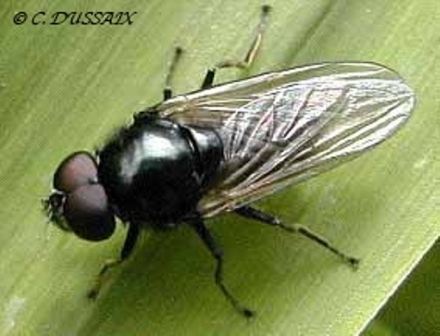 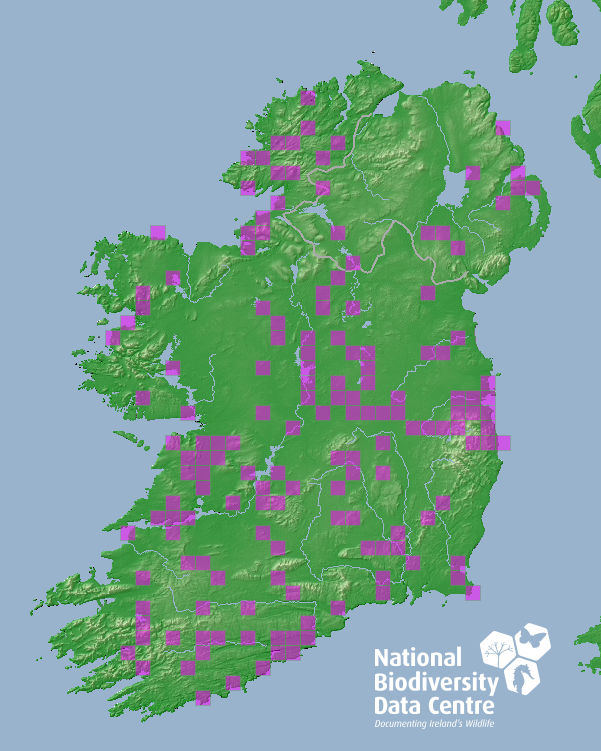 Open ground/forest; agricultural land and forest clearings; montane and subalpine pasture. An anthropophilic species, favoured by present-day farming practises. In Ireland, C. albitarsis is abundant in poorly-drained pasture, where its foodplant also abounds. It is a characteristic species of the standard Irish farmland landscape of green fields plus hedges, where the fields are used for pasturage. But it does not persist in cropland. It may be found also along tracks and in clearings in deciduous woods and conifer plantations. Rotheray (1991) unfortunately does not note what Ranunculus species acted as host for the C. albitarsis larvae he reared, but from the range of situations in which C. albitarsis occurs it would be very likely that this hoverfly can exploit more than one Ranunculus species. Even so, C. albitarsis is not a suburban insect, despite the frequency of some Ranunculus species in gardens and urban waste ground and either a poorly-drained ground surface or a woodland micro-climate seem necessary for its success.

Edges of forest clearings and tracks; along hedges and in pastures in farmland; males hover up to 5 metres; settles on foliage of shrubs or low growing plants.

April/June, and July at higher altitudes. Larva: described and figured G. Rotheray, pers. comm.) and illustrated in colour by Rotheray (1994). The specimens reared by Rotheray proved all to be females (G. Rotheray, pers.comm.), so it is not certain that the larval description dependent upon them (Rotheray, 1994) is of the larvae of C.albitarsis. However, re-examination of all adult material collected, from the Scottish localities where larvae were found, has established that they all belong to C. albitarsis (G. Rotheray, pers. comm.), and according to Gibbs and Plant (2001) C. ranunculi is not known in Britain from further north than central England, so it remains extremely probable that the larvae described under the name C. albitarsis by Rotheray (1994) are indeed the larvae of that species.

Can be distinguished from other species except C. ranunculi using most recent keys, e.g. van der Goot (1981). Differences between males of C. albitarsis and C. ranunculi are detailed by Doczkal (2000a). Both of these species are included in the keys provided by van Veen (2004). Females of these two species are at present indistinguishable. The appearance of the adult insect is shown by coloured illustrations in Stubbs and Falk (1983), Kormann (1988) and Torp (1994). Specimens in which the legs are entirely black are not accommodated in existing keys - they can easily be misdetermined as C. vicina.

Supposedly throughout the Palaearctic (including N Africa) except the far north and in N America, but requires reappraisal due to confusion with C. ranunculi, Doczkal. It ranges widely over Europe in general, though becoming localised in the Mediterranean zone. It occurs across the Palaearctic Region to the Pacific and is the only European Cheilosia species to supposedly occur also in N America.

Recorded as occurring in Ireland in Coe (1953). The closely related C. ranunculi does not seem to occur in Ireland and, until and unless its presence is demonstrated, Irish females of C. albitarsis/ranunculi can be assumed to belong to C. albitarsis. In Ireland, C. albitarsis is the most frequent and generally distributed of the plant feeding syrphid species and has to be categorised as common.