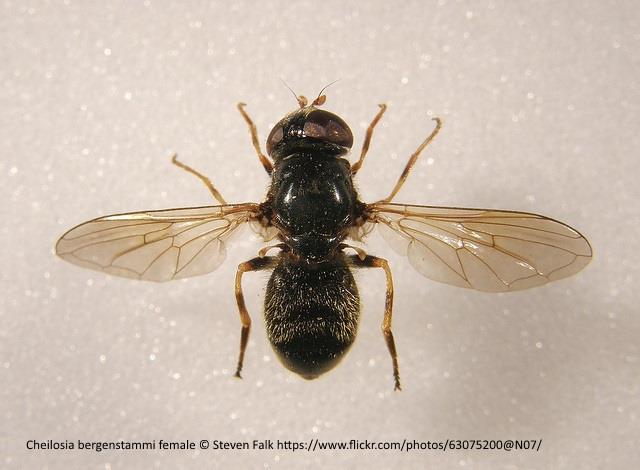 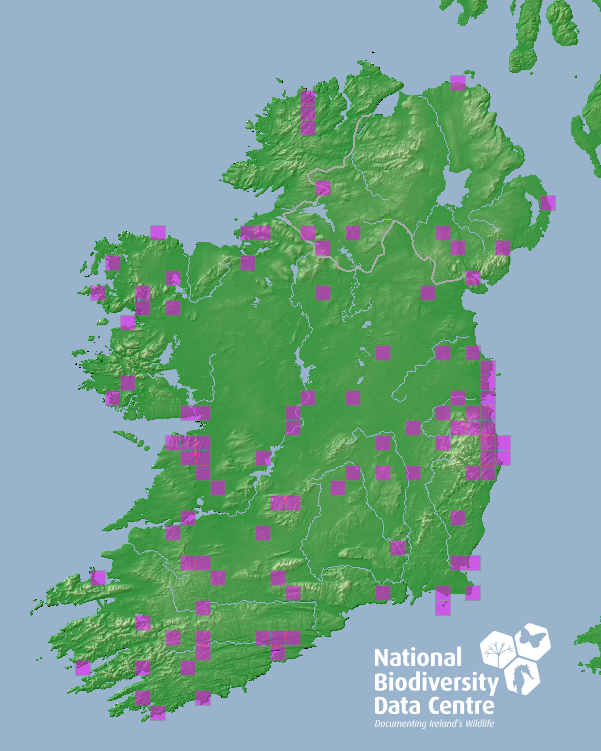 Open ground; open, grassy areas in coniferous and deciduous forest, up to the upper altitudinal limit of Picea; eutrophic dune grassland; unimproved alpine pasture and also sheep pasture in parts of Europe with a moist climate. Being poisonous to cattle and horses, the normal larval food-plant of C. bergenstammi, Senecio jacobaea, is systematically removed from grassland grazed by these animals, so it is unusual to find this syrphid in pasture grazed by cows or horses. The general distribution of this insect in Ireland and its occurrence in a range of open-country situations here, can reasonably be regarded as a reflection of the predominance of domestic stock in the island's farming regimes. At present, C. bergenstammi can be regarded as a predominantly anthropophilic species in Ireland, occurring in the standard farmland landscape of green fields and hedges.

Edges of clearings, tracks and fields; males hover at 2-5 metres.

Scandinavia south to the Pyrenees and northern Spain; Ireland east through central Europe to European parts of Russia. This species remains widely distributed in Atlantic parts of Europe, but in central Europe is mostly a species of montane/alpine grassland. This syrphid appears to be endemic to Europe.

Recorded as occurring in Ireland in Coe (1953). Herbicidal control of ragwort (Senecio jacobaea), now a common farming practice in Ireland, removes the most abundant food source for the larvae of C. bergenstammi and, although this syrphid is still generally distributed in Ireland, it is largely absent from intensively used grassland. The trend towards general intensification of use of farmland in Ireland may now be decreasing, but while it persists an accompanying decrease in the frequency of occurrence of C. bergenstammi can only be expected.