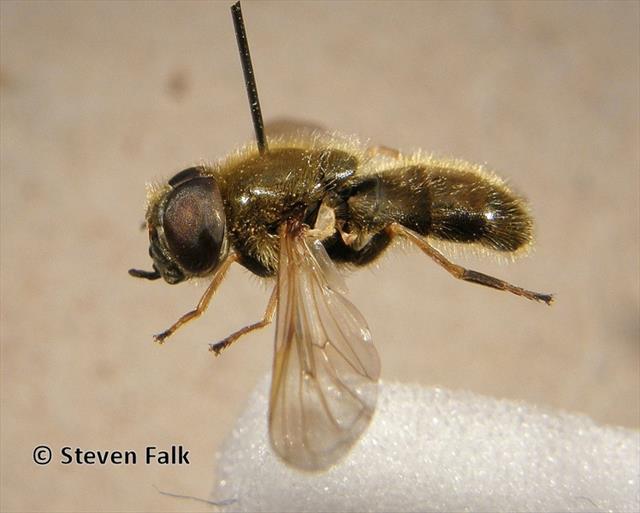 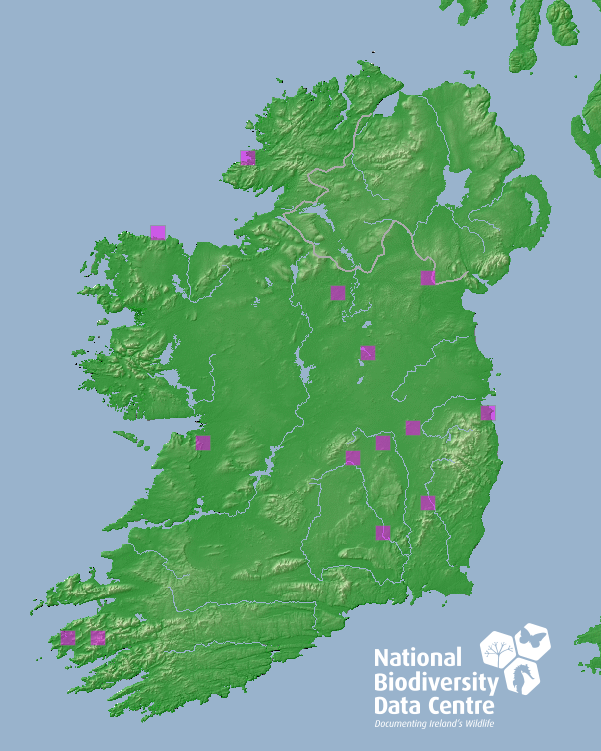 Wetland/forest; Alnus/Salix carr and poorly drained scrub (Prunus spinosa) woodland. The sort of poorly-drained Salix woodland and poorly-drained, scrub-invaded, unimproved pasture frequented by this species in Ireland is extremely scarce over most of western Europe, where C. nebulosa is correspondingly scarce. In central Europe it is primarily a montane to sub-alpine species. Whatever the larval host plant may be it is evidently not able to survive modern farming practice, to judge from the total absence of C. nebulosa from all forms of improved farmland. Similarly, C. nebulosa is absent from managed woodland and conifer plantations, except in a few cases where attempts at site drainage have failed. It has to be regarded as a markedly anthropophobic syrphid in Ireland.

Clearings and tracksides; males hover up to 7m along tracks and paths, beside Salix or Crataegus in flower, descending to settle on low-growing plants whenever the sun disappears behind a cloud; females fly low over ground vegetation, settling to rest in the sun on dead grasses (e.g. Molinia tussocks) and both sexes visit flowers of trees.

End April/beginning June, and on to the beginning of July at higher altitudes. Larva: undescribed, but Doczkal (2002) reports egg-laying by this species on leaves of Centaurea nigra.

van der Goot (1981). Until recently, specimens of this species with unmarked wings have also appeared in literature under the name langhofferi, Becker. Such specimens would be liable to misdetermination using the keys provided by van Veen (2004). The male terminalia are figured by Claussen and Speight (1988a). The adult insect is illustrated in colour by Stubbs and Falk (1983).

Finland south to northern France; from Ireland eastwards through central Europe to Bulgaria and European parts of Russia.

Recorded as occurring in Ireland in Coe (1953). In Ireland, it would seem to be a species condemned to suffer progressive contraction in range and abundance until it occurs almost only in protected sites of one sort or another. The scattered records indicate that this species has occurred over most of the island, though the main block of records is centered on eastern parts of the midlands. C. nebulosa may not as yet be endangered here, but could, with justification, be classified as vulnerable in Ireland, due to the progressive land drainage still occurring as part of intensification of farming activities, peat exploitation and expansion of forestry.