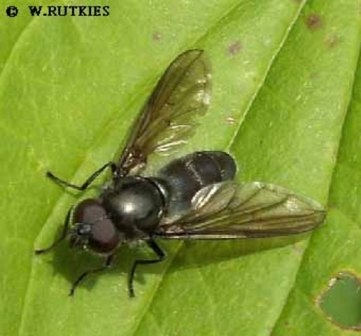 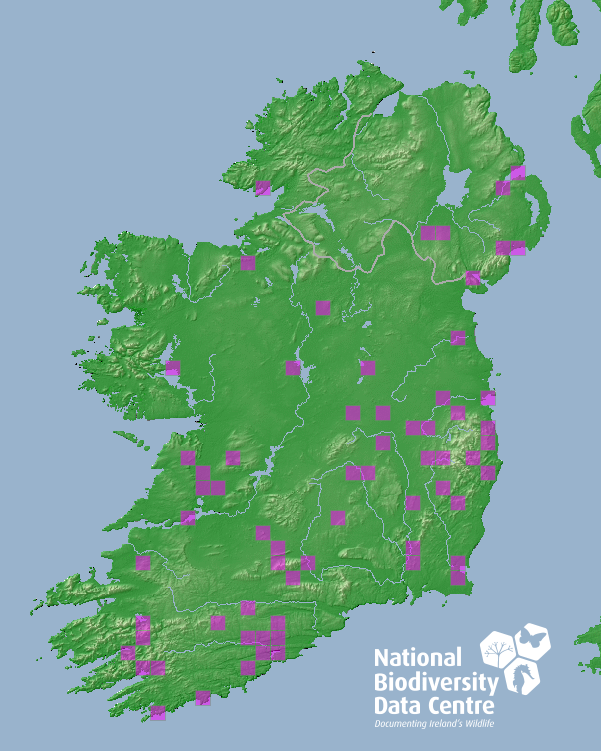 Humid/mesophilous deciduous forest, from the Fagus/Picea zone to alluvial hardwood forest. The pattern of occurrence of this species in Ireland coincides with what might be expected from elsewhere - C. variabilis occurs in deciduous woodland here, and the adults are encountered along the edges of tracks and clearings, on marginal vegetation. The known food plant of the larvae of this species, Scrophularia nodosa, is by no means a prominent component of the flora of all sites at which C. variabilis occurs and it seems likely that this hoverfly also uses other plant hosts, as yet unknown. However, C. variabilis occurs neither in the standard farmland landscape of green fields plus hedges, nor in conifer plantations, suburban gardens or parks. It has thus to be regarded as an anthropophobic insect in Ireland and is probably the most frequent species consigned to this category.

Tracksides, edges of clearings etc.; settles frequently on the foliage of bushes e.g. Rubus fruticosus, shrubs and taller ground vegetation such as Pteridium; flight swift and darting, between and round bushes etc.

April/September, with apparently one generation June/August towards the northern edge of the range but with two periods of emergence April/June and July/September further south. Larva: described and figured by Dusek (1962); mines the roots of Scrophularia nodosa.

Southern Fennoscandia south to Iberia; from Ireland eastwards through central and southern Europe (Italy, former Yugoslavia) into Bulgaria, Turkey and Russia as far as western Siberia. Also in N Africa (Morocco).  It is widely distributed and frequent in much of Europe and extends beyond Europe into Asoiatic parts of Siberia.

Given as occurring in Ireland in Coe (1953). In Ireland, this is one of the most frequent and widely distributed of Cheilosia species, and has to be categorised as common.