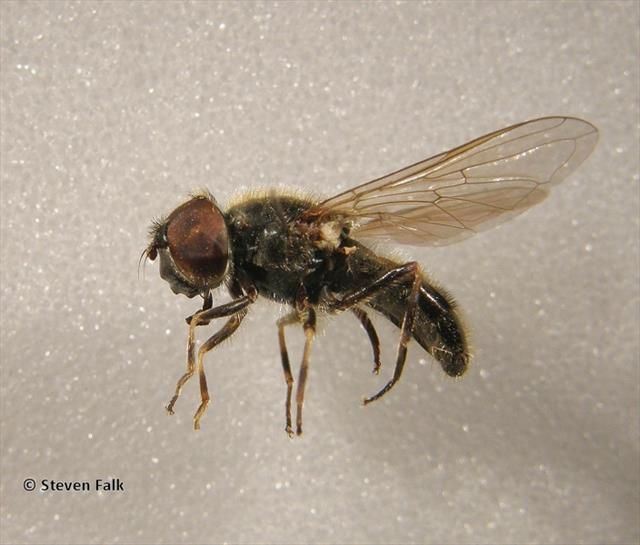 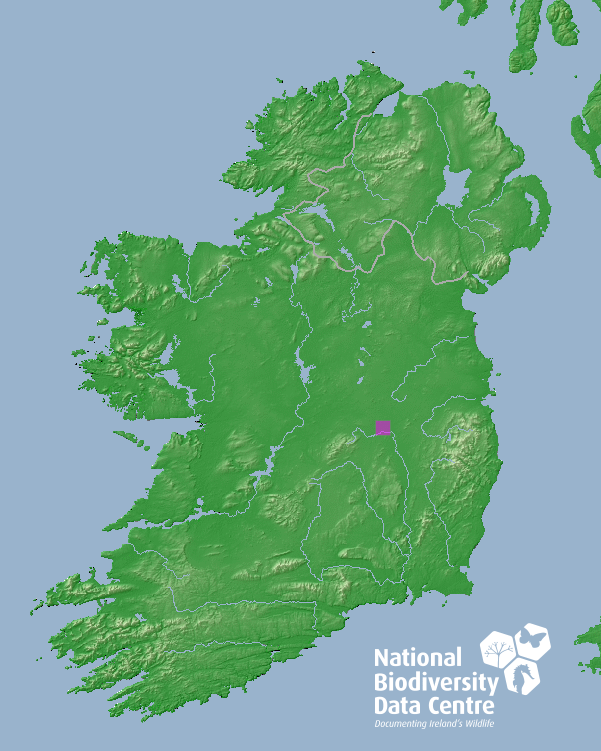 Forest/open ground; mesophilous deciduous forest/scrub and unimproved grassland. There are insufficient Irish records of this species for its habitats in the island to be readily defined. The record from Ballyteige, in Wexford, would accord reasonably well continental records from well-drained, unimproved pasture, usually on sandy soil. The other Irish record is from Betula scrub at the edge of drained valley bog exploited for peat extraction and is most unusual.

Males hover up to 5m in the vicinity of trees and shrubs, beside streams and tracks; both sexes settle on foliage up to 5m; flight is low, very fast and very direct.

Mid July/late August. Larva: undescribed, but mines the stems of Cirsium palustre (Rizza et al,1988) and, according to Torp (1984), has been found mining the rhizome of Scrophularia nodosa. The morphology of the chorion of the egg is figured by Kuznetzov (1988).

van der Goot (1981). The male terminalia of this species are figured by Nielsen and Claussen (2001). There is confusion concerning the identity of this species. For example, Violovitsh's (1986) figure of the male terminalia does not match exactly with the terminalia of western European "C. velutina". The concept of the species employed here is that of Nielsen and Claussen (2001). The adult insect is illustrated in colour by Bartsch et al (2009b) and Torp (1994).

Fennoscandia south to Spain; from Ireland eastwards through much of Europe into Russia and on through Siberia to the Pacific coast.  In other parts of western and central Europe, this species varies from infrequent to threatened, but it is widely distributed and its range extends through Eurasia from the Atlantic to the Pacific.

Given as occurring in Ireland in Coe (1953). There are but two records of C. velutina from Ireland during the 20th century, both from the southern half of the island, and the species has to be regarded as endangered here. In would be a candidate for inclusion in any national list of insects requiring protection.