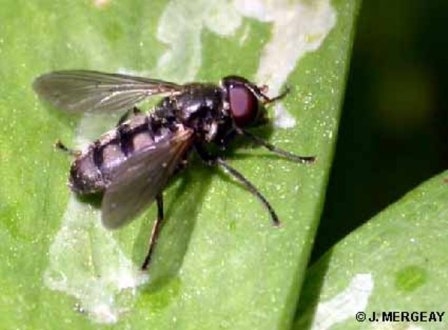 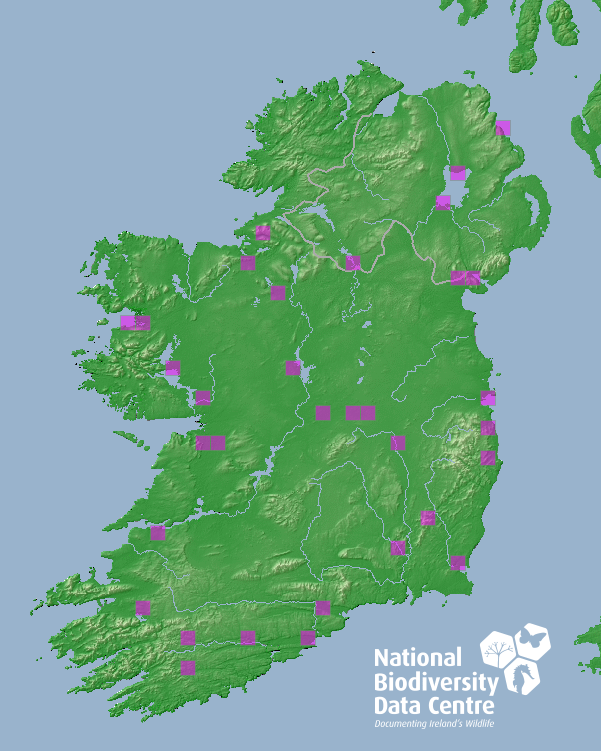 Forest; alluvial hardwood forest and humid Fagus or Quercus forest; also unimproved alpine grassland. Within and along the edge of humid deciduous woodland harbouring large stands of Allium ursinum is the primary habitat of P. maculata in Ireland. In Ireland, A. ursinum may be found in what is today predominantly Fagus or Acer pseudoplatanus woodland, as easily as in Quercus woodland, although the former are non-native trees. P. maculata may also be found away from A. ursinum in Ireland, in association with the introduced A. triquetrum, where stands of this plant occur in humid, semi-shaded situations. So, to some extent, P. maculata must be regarded as an anthropophilic insect here.

Areas of the woodland floor with dappled sunlight and plants of Allium ursinum or (less frequently) A. triquetrum; edges of clearings, beside brooks and along tracks with either of these Allium species; adults fly low around and among stands of Allium, often settling on the leaves of this plant, or on adjacent vegetation; rarely found away from the immediate vicinity of A. ursinum plants. Where it has been naturalised in parkland etc, A. triquetrum may occur in dense stands like A. ursinum, and then provides an alternative foodplant for Portevinia.

End April/June and July at higher altitudes. Larva: described and figured by Speight (1986b) and illustrated in colour by Rotheray (1994). The larva is phytophagous, mining firstly the stem-base and later the corms of A. ursinum (or A. triquetrum). In the literature it is frequently referred to, erroneously, as mining the leaves of A. ursinum. In alpine grassland, P. maculata presumably uses a different Allium species as foodplant, as is the case in Cheilosia fasciata (see species account for that species), though which Allium is involved (probably A. victorialis: U. Schmid, pers.comm.) does not seem to have been established for P. maculata. The larva may be distinguished from the larvae of related genera by the keys incorporated into Rotheray (1994).

from southern Norway south to north Spain; from Ireland eastwards into central Europe as far as Liechtenstein, Austria and northern Italy. It is also widely distributed elsewhere in Europe, but is apparently endemic to the continent. It is regarded as a threatened species in Belgium and the Netherlands, and is extremely localised in southern Norway, but in other parts of western Europe it is more frequent, though remaining rather localised. It is also rather localised in central Europe and is not known east of the Alps. Neither is it reported from the Mediterranean zone.

Added to the Irish list by Speight et al (1975), where it is treated as a species of Cheilosia. P. maculata is widely distributed and not uncommon in Ireland.