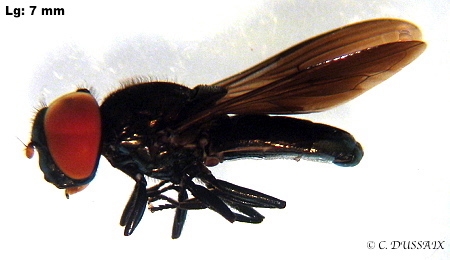 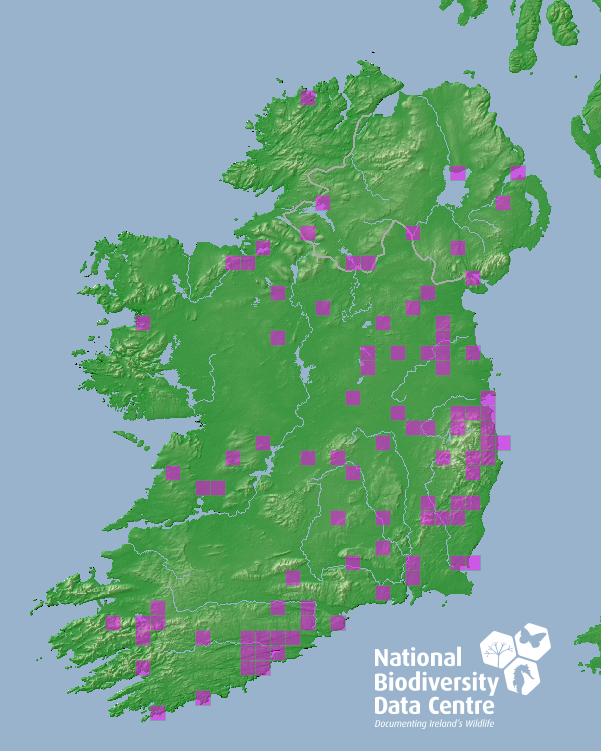 Wetland/deciduous forest, woodland streams and ponds. Essentially an insect of stream-side Quercus woods and fen in Ireland, C. solstitialis may also be found here beside lowland rivers and streams in more open conditions, where a certain amount of Salix scrub lines the banks and the hinterland is poorly-drained. It does not occur in association with the more acid conditions of bog. It is very much a species of riparian gallery forest, especially along streams. Where a strip of deciduous woodland vegetation has been left along streams, it may also occur in conifer plantations, but is not otherwise found with conifers. It is not a constituent of the syrphid fauna of the standard Irish farmland landscape, of green fields and hedges. Neither does it occur in suburban gardens or parks.

Beside streams and ponds in woodland and scrub, including Salix carr; not infrequently, this species may be active under cloudy conditions; visits stream margins to drink during hot weather.

June/September (and May in southern Europe). Larva: aquatic; described and figured by Hartley (1961), from larvae collected from pond mud containing much debris of fallen twigs and branches; the larvae may be found on the surface of organically-enriched mud beneath the fallen leaves of trees, in very shallow (1cm) water of seepages and spring-fed pools within deciduous woodland. The larva has been illustrated in colour by Rotheray (1994).

See Key provided in StN Keys volume. The male terminalia are figured in Speight (1980), Torp (1984) and, most comprehensively, by Maibach et al (1994a). The adult insect is illustrated in colour in Bartsch et al (2009b), Stubbs and Falk (1983), Kormann (1988) and Torp (1994). Females of this species can easily be mistaken for females of C. basalis Lw. In females of C. solstitialis, the frons is inflated above the antennae and the antennae are inserted at the middle of the head (viewed in profile). In C. basalis, the frons is flat and the antennae are inserted below the middle of the head (viewed in profile). Another European species, C. mediterraneus, may also easily be confused with C. solstitialis and the females cannot always be separated.

From Fennoscandia south to Iberia and the Mediterranean, including N Africa; from Ireland eastwards through much of Europe into European parts of Russia as far as the Ukraine and the Caucasus mountains. Generally distributed and frequent in Ireland and most other parts of Europe's Atlantic seaboard, C. solstitialis is the most often met with European Chrysogaster species. Even so, it does not extend northwards further than the southern edge of Scandinavia and becomes very localised in central Europe. It is more frequent in mountainous parts of southern Europe, extending eastwards to the Caucasus and round the Mediterranean into north Africa.

Given as occurring in Ireland in Coe (1953). Generally distributed and frequent in Ireland.