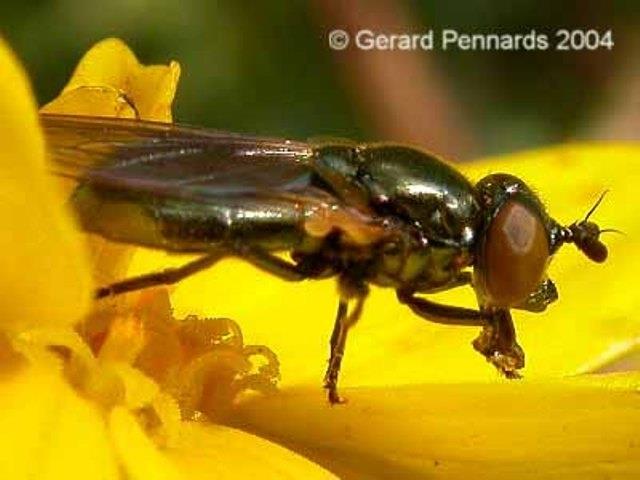 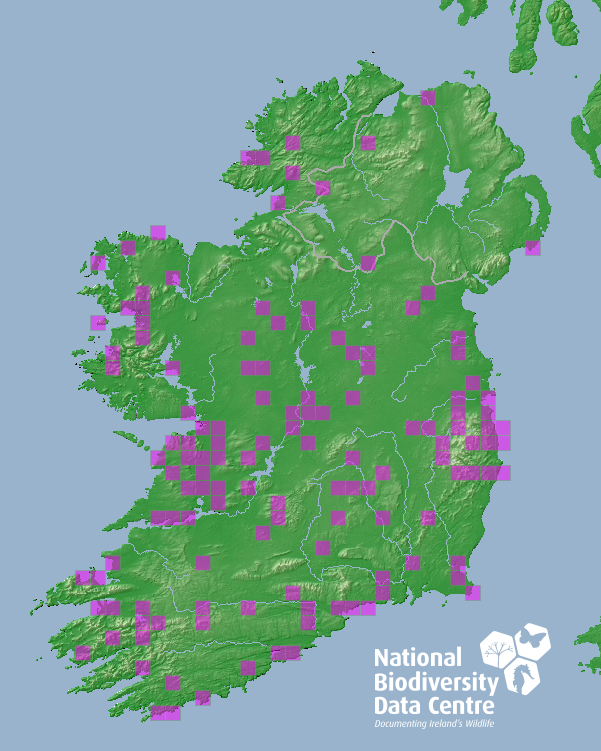 Freshwater/wetland; transition mire, fen, marsh, pool and lake edge; along brooks and permanently water-filled ditches in open situations and along brooks in Quercus ilex forest in southern Europe. The predominance of cattle farming in many parts makes this an anthropophilic species in Ireland, because L. metallina is characteristic of unimproved and improved humid grassland, with slow-flowing, canalised brooks in open ditches and shallow, temporary pools and seepages, where its aquatic larvae can develop. It is associated with floating plants like Glyceria fluitans and can tolerate a certain amount of eutrophication. With increased intensification of use of farmland poorly-drained grassland has diminished in frequency, but L. metallina remains one of the most generally-distributed wetland syrphids in Ireland. It is not a species of either bog or conifer plantation, but is found here along brooks and around pools in both fen and deciduous woodland, including wet woodland of Alnus and Salix.

May/June (with stragglers in July; also July at higher altitudes) and August/September. Larva: described and figured by Maibach and Goeldlin (1994) and by Hartley (1961); aquatic, occurring among plant roots just at the level of the water surface, along the edge of slowly running water.

From northern Fennoscandia and the Faroes (Jensen, 2001) south to Iberia; from Ireland eastwards through Eurasia to the Pacific coast; N Africa. L. metallina is very widespread in Ireland and still frequent, if perhaps less common than in the recent past.

Recorded as occurring in Ireland in Coe (1953). L. metallina is very widespread in Ireland and still frequent, if perhaps less common than in the recent past.